MORTON COUNTY, N.D. — After deliberating for four and half hours over two days, the jury of 6 men and 6 women found Chad Isaak guilty of four counts of murder in a workplace massacre that continues to haunt the small town of Mandan, North Dakota.

Isaak showed no emotion, as guilty verdicts were read aloud for the deaths of Lois Cobb, 45 William Cobb, 50, Adam Fuehrer, 42, and Robert Fakler, 52– the owner of RJR Maintenance and Management– where he and his employees were killed in a manner so horrific, trauma counselors were on hand to talk to jurors after the trial.

The verdicts brought cries of anguish and relief from victims’ family members who filled the pews with the courtroom clutching Kleenex as they sobbed into their hands and into each other’s arms. Neither side asked for the jurors to be polled, as they appeared solemn casting glances around the courtroom as family members wept. Their cries seemed to drown out the judge at times as he ordered a pre-sentencing report stating he wanted to find out more about the defendant.

Jesse Walstad, the only member of the defense team present for the verdict, said Isaak’s character and his life’s story will play a prominent role at sentencing. Walstad said they had vigorously defended their client, but had hoped for a different outcome – he did not want to appear on camera while he made his comments to reporters.

Morton County Assistant State Attorney Gabrielle Goter spoke for her team when they appeared before reporters. She appeared relieved and grateful to the jurors for a result that she said spoke to the thoroughness of the investigation that required the resources of multiple state and federal agencies. She agreed that not having a motive was a challenge here, saying “Jurors do want to know why.”

While she said she was uncomfortable sharing her thoughts on what motivated the defendant to slaughter four people he barely knew, three of whom were complete strangers, she did state there were several factors to consider. “I think he does not take to change easily,” Goter said, noting Isaak was confronted with new management, a new pet policy, the snow removal, and his friends who were the previous managers, were asked to vacate the park after their dog bit an RJR employee.

Jacqueline Fakler spoke to reporters later in the afternoon from the lobby of the company she and her husband operated. She was flanked by her children and employees wearing RJR emblazoned shirts. Fakler became emotional at times recalling fond memories of her friends and husband. She thanked members of law enforcement and the community for their support.

She told reporters the trial would not ‘fix’ the tragedy that has befallen her and her family, but she was determined to continue to build on the success of RJR for her employees and children.

A sequestered witness unable to watch the trial, she was asked if there was a question she wanted answered, she said she wanted to know “why.” One deputy who guarded Isaak throughout the trial, transporting him from his holding cell to the courtroom, told Court TV we will likely never know, ‘This is like a suicide,” she said. “You don’t know why unless they leave a note.”

MORTON COUNTY, N.D. — A North Dakota chiropractor is on trial for a grisly quadruple homicide that shocked the town of Mandan, a small community west of Bismarck.

Investigators say Chad Isaak stabbed four people to death at RJR Maintenance and Management on April 1, 2019. Although a motive has not been reported, a probable cause affidavit states the business managed a mobile home park where Isaak lived. 52-year-old Robert Fakler, 42-year-old Adam Fuehrer and married couple William Cobb, 50, and Lois Cobb, 45, were killed in the attack. A coroner’s death report says the Cobbs and Fuehrer were also shot. 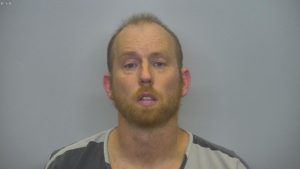 Authorities say surveillance video shows a suspect entering RJR at 6:47 a.m., then leaving 13 minutes later in a company vehicle. That vehicle was reportedly found one block away with “blood smears” on the door handles. More surveillance video showed the suspect walking to a nearby McDonald’s, where a witness says he got into a “newer white Ford F-150” and drove off.

A McLean County Sheriff’s deputy ultimately recognized the vehicle as belonging to his chiropractor, Chad Isaak, according to the affidavit. Three days after the murders, Isaak was pulled over during a traffic stop. Upon reportedly finding blood in his vehicle, authorities obtained a search warrant for Isaak’s home and business.

Investigators say Isaak’s home smelled of bleach, and clothing consistent with what the suspect was wearing in the RJR surveillance video was found in his dryer. A knife was also reportedly found in his washing machine.