POLK COUNTY, Fla. (Court TV) – A jury has recommended that the man convicted of first-degree murder in the 2016 execution-style killing of a single dad get the death penalty for his crimes.

Closing arguments in the penalty phase for FL v. Andre Warner ended on Monday. The jurors that originally convicted Warner last year were dismissed due to delays caused by COVID-19 concerns.

On March 20, 2020, Warner was convicted of charges related to the death of 27-year-old Adam Hilarie. Hilarie had just returned home from a date with Hailey Bustos, a woman he’d met through the dating app Plenty of Fish, when he was fatally shot during a robbery. Bustos, along with Warner, Gary Gray and Joshua Ellington, went to Hilarie’s apartment with the intention of robbing him. Warner was convicted of shooting Hilarie in the head during that burglary. 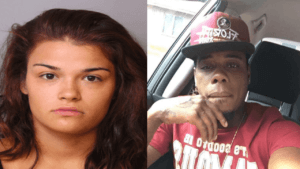 Hilarie left behind a five-year-old daughter.

Warner was also found guilty of conspiracy to commit robbery and robbery with a deadly weapon. Bustos testified against Warner at trial. At one point while on the stand, she stated, “I really don’t care if I spend the rest of my life in prison, as long as he’s behind bars too.”

When the medical examiner took the stand, he described how a bullet pierced Hilarie in the head from behind, exiting via his cheek. He did not die immediately.

Warner took the stand in his own defense. Jurors deliberated for about two-hours and 45-minutes before finding Warner guilty of all charges.

Warner was the first of the four co-defendants to face trial. Cases against Bustos, Gray and Ellington have yet to begin. All three face the same charges, but the first-degree murder charges carry a mandatory life sentence only if convicted. Only Warner faces the possibility of a death sentence.