She disappeared on May 3rd, 2002 when she never showed up for school at Hi-Mount Community School.

From frantic searches across the city to many different tips from around the country the cold case and the girl’s whereabouts, remain a mystery.

Alexis’ mother, Ayanna, still has hope her daughter will return.

With still many unknowns and no resolutions, for Milwaukee Police and the Milwaukee County Sheriff’s Department, it remains an open investigation. A $10k reward for anyone with information that leads to Alexis is still active. 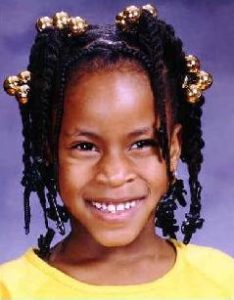 This photo provided by the National Missing and Unidentified Persons System (NamUs) shows Alexis Patterson, who disappeared in 2002. (NamUs)

Despite the time that has passed Ayanna and her community still want Alexis’ name to be remembered. Sunday they gathered together as Ayanna shared her gratitude to the people that have supported and stood by her.

“Believe me when I say my daughter is alive. Not knowing has really kept me going because that’s what gives me the ability to keep fighting.”

At the time of Alexis’ disappearance, investigators put a strong focus on her step-father, LaRon Bourgeois, who is believed to be the last person to see Alexis. Police never found definitive proof he was involved. He later passed away in 2021 after a suspected drug overdose.

Tuesday, May 3rd, local leaders will commemorate her anniversary by walking the same route she took to school and laying a wreath in her honor.

This story was originally published May 2 by WTMJ in Milwaukee, an E.W. Scripps Company.