PROVINCETOWN, Mass. (AP) — Officials used investigative genealogy to identify a woman whose mutilated body was found on the Cape Cod National Seashore nearly 50 years ago, solving the mystery of the “Lady of the Dunes” that had stumped authorities for decades. 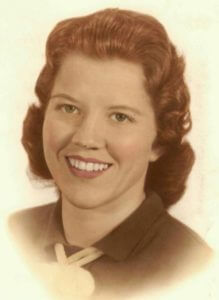 Ruth Marie Terry was found dead in the dunes of Provincetown, Massachusetts in 1974. Her nude body was found on a beach blanket with her head on a pair of folded jeans.Cause of death was a blow to the head estimated to have occurred several weeks before her body was found with her hands were missing. Her head was almost totally severed from her body, the left side of her skull was crushed. (Courtesy: FBI)

The woman has been identified as Ruth Marie Terry of Tennessee, who was 37 when she was killed, officials said Monday. The news was delivered to her family Monday morning, according to Joseph Bonavolonta, special agent in charge of the FBI’s Boston division.

Authorities hope the woman’s identity may help unravel one of Massachusetts’ most famous unsolved murders.

Her body was found in the dunes in Provincetown in July 1974. She was naked on a beach blanket with her hands severed — so she could not be identified by her fingerprints, officials believe. Her skull was crushed and she was nearly decapitated. The cause of death was determined to be a blow to the head and authorities believe she was killed several weeks before her body was found.

“This is, without a doubt, a major break in the investigation that will hopefully bring all of us closer to identifying the killer,” Bonavolonta said.

Authorities identified her through investigative genealogy, the use of DNA analysis in combination with traditional genealogy research and historical records, Bonavolonta said. Officials released few details about Terry except to say that she was a daughter, sister, aunt, wife and mother and had ties to California, Massachusetts and Michigan.

“Now that we have reached this pivotal point, investigators and analysts will turn their attention to conducting logical investigative steps that include learning more about her as well as working to identify who is responsible for her murder,” Bonavolonta said.

She was the oldest, unidentified homicide victim in Massachusetts. Authorities for decades tried to identify her and her killer by exhuming her remains, performing clay model facial reconstruction, and releasing age-regression drawings of her face. Investigators had long said she had long red or auburn hair and that they believed she was somewhere between 20 to 40 years old.

The FBI released a flyer with pictures of Terry and are asking anyone with information about the case to contact authorities.