DOUGLAS COUNTY, Colo. (KOAA) — A few weeks before her case was set to go to trial, Kelly R. Turner accepted a plea deal in her daughter’s murder case.

Wednesday afternoon, a judge sentenced Turner to 16 years in prison for child abuse resulting in death, 10 years for felony theft and 3 years for charity fraud. Since the sentence will be served concurrently, the maximum time Turner will serve behind bars is 16 years. According to Turner’s defense team, she’s already spent 843 days in county jail.

Authorities arrested Turner in 2019 following a lengthy investigation into the death of her daughter, Olivia Gant. 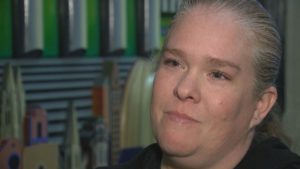 According to investigators, Turner made up fake medical illnesses and subjected Olivia to multiple unnecessary hospital visits and surgical procedures in an attempt to “cure” a mysterious medical illness that could never be pinpointed. During this time, investigators say Turner used Olivia’s “terminal illness” to defraud Medicaid and solicit monetary donations.

Olivia’s surviving family also placed blame on the Children’s Hospital Colorado where Olivia was taken for treatments between 2012 and 2017.

The hospital eventually settled the family’s lawsuit for an undisclosed amount of money.

Olivia Gant, 7, spent most of her childhood in and out of hospitals—battling a series of “mysterious” illnesses before passing away. 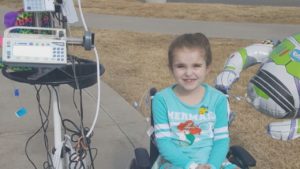 “She was a loving child,” Olivia Gant’s step grandfather, Lonnie Gautreau said. “She just had a great imagination and loved playing with her dolls.”

Now, Olivia’s mother, Kelly R. Turner, is charged with her daughter’s death and is accused of making up medical problems.

News 5 Investigates found staff at Children’s Hospital Colorado had their suspicions that Turner may have been lying about her daughter’s condition.

Hoskins says the hospital failed to notify law enforcement or the Department of Human Services until it was too late.

“Colorado’s mandatory reporting law absolutely should have protected Olivia, and they didn’t,” she said.

As Olivia’s mother awaits trial, there are questions over whether the hospital is partly responsible for the child’s death.

“I want answers,” Gautreau said. “We want the truth of why all this happened.”

At the center of this case: Did a mother really do the unthinkable and were there red flags that were missed?

“Olivia’s family is absolutely committed to making sure this doesn’t happen to any other child,” Hoskins said.

Our News 5 investigative unit is looking into what investigators believe is a rare case of medical child abuse known as “Munchausen Syndrome by Proxy”.

For five years, Olivia’s mother had been taking her to Children’s Hospital Colorado for a series of treatments. 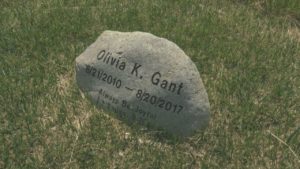 Olivia eventually passed away in 2017.

Just days before an official lawsuit was going to be filed, News 5 learned the hospital settled the case behind closed doors.

When Olivia was just two years old, her mother left Texas with her children and came to Colorado.

Gautreau says he and his wife would come to visit their grandchildren as often as they could.

“Olivia loved watching movies,” Gautreau said. “She could watch a movie one time and the next time she watched it, she could say word for word what the characters were saying. That’s just how smart she was.”

Unfortunately, Gautreau would never be able to see Olivia grow up.

This story was originally published Feb. 9, 2022, by KOAA in Colorado Springs, an E.W. Scripps Company.