BARDSTOWN, Ky. (WLEX) — Monday morning was not the first time Sherry Ballard got a call about a search taking place in connection to her daughter’s disappearance, but nonetheless, she remained hopeful.

“I’m trying not to get too excited about it because I don’t want such a letdown if nothing is found, but at the same time, how can I not,” said Ballard.

Ballard says FBI investigators called her Monday morning informing her that they would be executing a search at 345 Paschal Ballard Lane, Bardstown, KY. It’s the 245-acre family farm of Brooks Houck, the man Crystal Rogers was dating at the time she disappeared. Police say it was also the last place she was seen.

“My daughter was always at that farm. They would go over there and take her little boy and the other kids, and they would roast marshmallows and hot dogs and stuff on that farm,” said Ballard.

Addressing the press from the Nelson County Sheriff’s Office, Ballard described feeling like initial searches of the farm might have missed something.

“It’s such a huge farm and it takes so long to go through something like that and just — as a mom — in the back of my mind I’m thinking, ‘gosh, could she still be there,'” said Ballard. 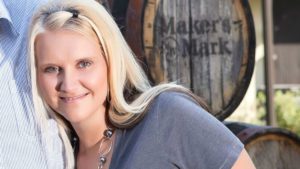 It’s been seven years searching for answers for Ballard and her family. Several searches and law enforcement agencies have been involved, following leads. However, Rogers has yet to be found.

While she doesn’t know what they are looking for, Ballard says she can feel each day investigators getting closer to closing her daughter’s case.

“Do I mean, are they gonna make an arrest today? No, I don’t want somebody to think I’m saying that because that’s not what I’m saying. But, I do think every day we’re getting closer,” she said.

She’s hoping the results of the latest search along with the FBI search in 2021 that led to an “item of interest” will help bring her family closure.

Ballard was joined by two of her children and two of Rogers’ children.

This story was originally published Oct. 17 by WLEX in Lexington, an E.W. Scripps Company.