COLORADO SPRINGS, Colo. (AP) — A Colorado woman accused of hiding 26 children behind a false wall at her daycare center was arrested for investigation of misdemeanor child abuse, police said Thursday. 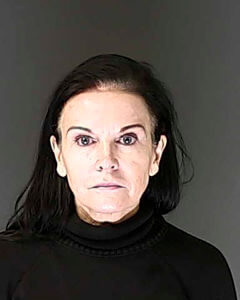 Carla Faith, 58, was arrested Monday in Colorado Springs on suspicion of two counts of reckless child abuse without injury and a single count of trying to influence a public servant, the El Paso County court records show.

Faith was arrested after a six-week investigation by the city police department’s Crimes Against Children Unit, Lt. James Sokolik said in a statement. She posted $3,000 bond Wednesday. Her next court appearance was set for Jan. 2.

Police went to the Play Mountain Place site on Nov. 13 after receiving complaints that the business was housing more children than its license allowed.

Officers found Faith at a home on the property. After hearing noise downstairs, the officers discovered a false wall and said they discovered two adults and the children, all under 3, in the basement.

Faith had told a human services worker that same day that no children were at the facility, even though a mother reported leaving her child there, according to an arrest warrant affidavit obtained by The Gazette.

Faith also told police there was no basement and that children were away at a park, according to the affidavit. It said police found toddlers with soiled or wet diapers.

Police didn’t suggest that anyone was being held against their will.

Play Mountain Place had been authorized to care for six children, The Gazette reported. The state Department of Human Services has suspended its license.

In November, the department ordered Faith to close three other Colorado Springs daycare facilities — one of them licensed. It said it was investigating their operations as well.

Attempts to reach Faith by telephone at Play Mountain Place and through the state public defender’s office weren’t successful Thursday. Public defenders do not comment on pending cases.

Swauger was arrested for investigation of the same counts faced by Faith. She posted $3,000 bond on Tuesday. It was unclear if she had an attorney.

Nelson posted $1,000 bond following her arrest on suspicion of misdemeanor child abuse without injury and a felony count of possession of a controlled substance. She was represented by a public defender.

Fresquez faces a possible misdemeanor child abuse count and was released, Sokolik said. It wasn’t known if she had an attorney.