MILWAUKEE (WTMJ) — Theodore Edgecomb, the man found guilty of first-degree reckless homicide in the deadly shooting of immigration lawyer Jason Cleereman, has been sentenced to 25 years of initial confinement.

The judge also sentenced Edgecomb to 12 years of extended supervision.

Evanjelina Cleereman sat before Judge David Borowski as she described the immense pain from losing her husband, Jason.

“My life and our children’s lives were forever destroyed and altered on Sept. 22, 2020,” Cleereman said. “As physically close as I was to Jason when he was shot, I never had the opportunity to say goodbye.” 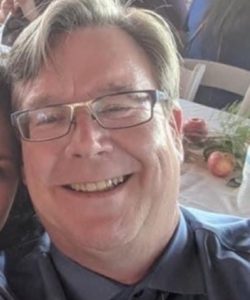 A jury found Edgecomb guilty of 1st-degree reckless homicide – use of a dangerous weapon for the homicide in September of 2020. Edgecomb’s defense argued he fired in self-defense.

Investigators say an argument on the road led Edgecomb to punch Jason Cleereman while he was sitting in the passenger seat of his car. Then Edgecomb took off on his bike. The Cleeremans followed, and Jason Cleereman got out of the car and went towards Edgecomb.

Prosecutors argued Edgecomb’s use of force was not necessary.

In advance of sentencing, family and friends of both Jason Cleereman and Edgecomb wrote dozens of letters to the judge, pleading for justice or mercy. 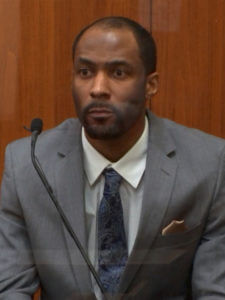 Theodore Edgecomb took the stand in his own defense back in February. (Court TV)

“I ask that the Cleereman family find it in their hearts to forgive me,” Edgecomb wrote. “I would also like to express my apologies to my family for the mistakes that I have made. To your honor and the court, I would ask that you have some mercy on me.”

“As Mr. Cleereman came at you, pulled the gun up, pointed it at him, and killed him,” Judge Borowski said. “You shot him right here, almost right between the eyes. That is not an accident, as you testified. It’s not. That’s not the gun just going off. That’s completely incredible.”

The judge also brought up Milwaukee’s rising homicide rates. He noted that at the time of the shooting, Edgecomb had other pending cases in which he was not allowed to have a gun.

“People have no impulse control in this community,” Judge Borowski said. “Mr. Edgecomb, had you not been violating the law and the order to not to have a gun, then worst case scenario this goes down as a fist fight.”

Edgecomb has 20 days to file an appeal.

This story was originally published April 8, 2022 by WTMJ in Milwaukee, an E.W. Scripps Company.