MINEOLA, N.Y. (AP) — More than five decades after Diane Cusick’s lifeless body was discovered in the parking lot of a mall on New York’s Long Island, authorities have linked her death to the so-called “Torso Killer,” a serial killer already convicted in 11 other killings.

The suspect, Richard Cottingham — believed to be one of America’s most prolific serial killers — was arraigned Wednesday on a second-degree murder charge in connection with Cusick’s 1968 killing. From a hospital bed in New Jersey, where he’s already serving a life sentence for other killings, Cottingham pleaded not guilty. 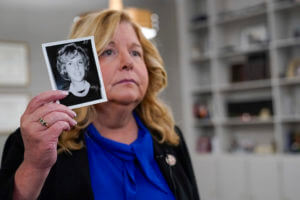 Nassau County District Attorney Anne Donnelly holds a photo of Diane Cusick during an interview with The Associated Press, Wednesday, June 22, 2022, in Mineola, N.Y. More than 50 years after a woman was found dead in her car at a mall on Long Island, authorities prosecutors are expected to announce that DNA evidence has linked the slaying to Richard Cottingham, a serial killer who has been connected to 11 murders in New York and New Jersey between 1965 and 1980. (AP Photo/Mary Altaffer)

While he has claimed he was responsible for up to 100 homicides, authorities in New York and New Jersey have officially linked him to only a dozen so far, including Cusick’s death. He has been imprisoned since 1980, when he was arrested after a motel maid heard a woman screaming inside his room. Authorities found her alive but bound with handcuffs and suffering from bite marks and knife wounds.

Cottingham asked to be arraigned Wednesday by video feed from the New Jersey hospital because he was in poor health, bedridden and not ambulatory, Judge Caryn Fink said. He needed his lawyer, Jeff Groder, to repeat the judge’s questions several times because he has difficulty hearing, Groder said.

“He is a violent predator and no matter how he looks today in a hospital bed he was not always a feeble older man,” Nassau County District Attorney Anne Donnelly said in an interview with The Associated Press. “He was a young 22-year-old when he committed the murder of Ms. Cusick. He was strong, stronger than these women were, and he was violent.”

Authorities believe Cusick, 23, left her job at a children’s dance school and then stopped at the Green Acres Mall in Nassau County to buy a pair of shoes when Cottingham followed her out. Detectives believe he pretended to be a security guard or police officer, accused her of stealing and then overpowered the 98-pound (44-kilogram) Cusick, Nassau County Police Detective Capt. Stephen Fitzpatrick said.

She was “brutally beaten, murdered and raped in that car,” Fitzpatrick said. The medical examiner concluded that Cusick had been beaten in the face and head and was suffocated until she died. She had defensive wounds on her hands and police were able to collect DNA evidence at the scene. But at the time, there was no DNA testing.

Police interviewed dozens of people, retraced her steps and never stopped hunting for her killer. But the trail went cold.

“The police did a great job looking for any leads they could find. “They spoke to hundreds of people at the Green Acres Mall to see if anyone had seen Diane,” Donnelly said. “Unfortunately, the trail went cold and the case went cold.”

Cottingham was working as a computer programmer for a health insurance company in New York at the time of Cusick’s death. He was convicted of murder in both New York and New Jersey in the 1980s, though the law at the time didn’t require people convicted to submit DNA samples, as it does now. His DNA was taken and entered into a national database in 2016 when he pleaded guilty to another murder in New Jersey.

In 2021, police in Nassau County received a tip that a suspect who might be responsible for killings in the county, just east of New York City, was locked up in New Jersey. They began running DNA tests again on cold cases and came up with a match to Cottingham.

Cottingham also led police to believe he was responsible for the death by providing some information about the case, including telling detectives he was near a drive-in theater, which was next to the mall at the time. But he stopped short of confessing directly to Cusick’s death, Donnelly said.

“He didn’t lay out a full admission. What he laid out was baby steps along the way that we were able to put together with the help of the police department to fill in that story,” she said.

Prosecutors are now reviewing all open cases around the same time and running DNA to see if Cottingham may have been responsible for other killings.

“Based on evidence that we have in this case, we are reviewing all murders of young females from 1967 to 1980 to see if we can put together any more cases against Mr. Cottingham,” Donnelly said.

Cusick’s daughter, Darlene Altman, said she was overwhelmed when she saw Cottingham on the video screen in the courtroom. Altman was just 4 when her mother was killed.

“He just had this like dead stare. I felt like he was looking right at me,” Altman said. “It was creepy.” 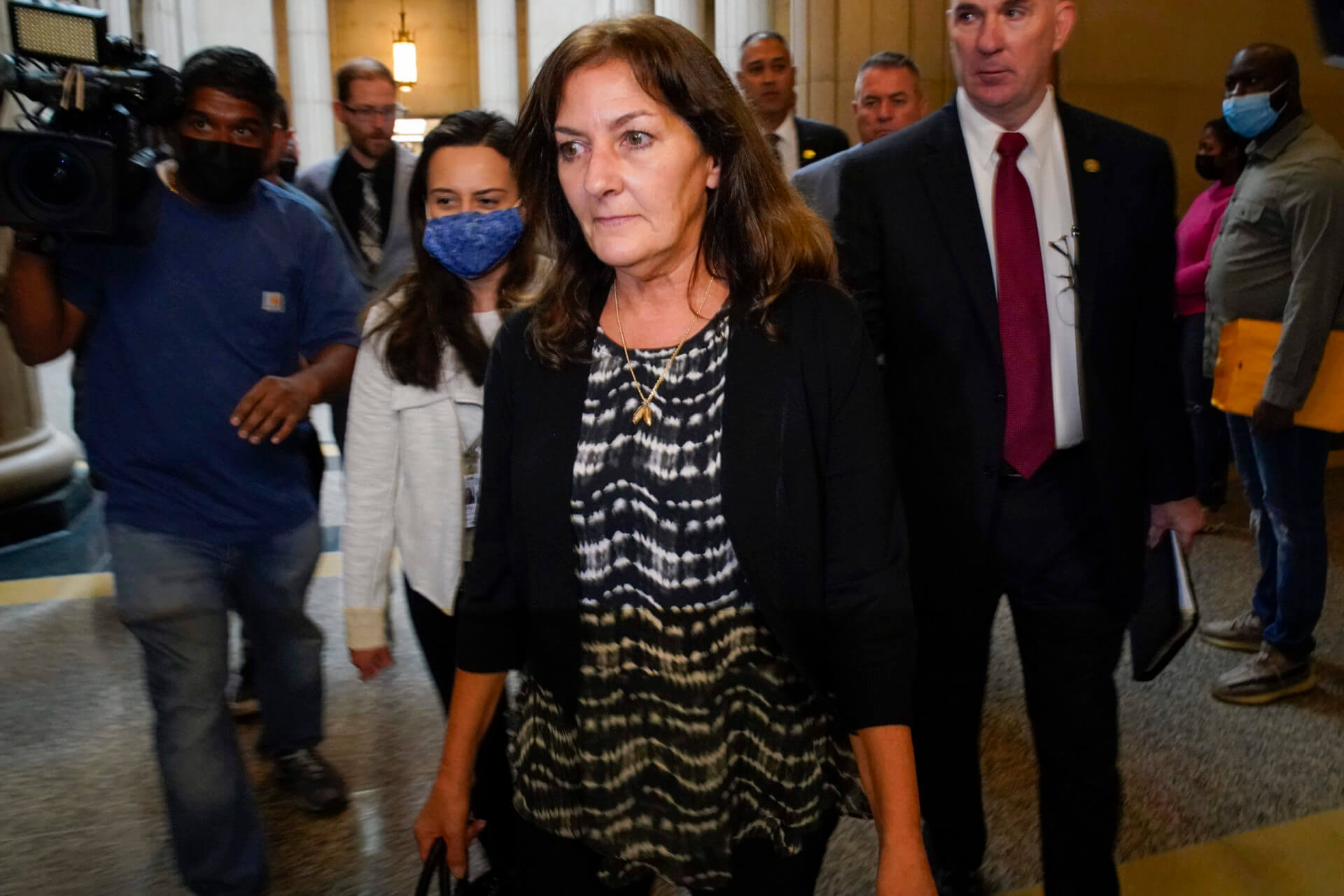 Darlene Altman, daughter of Diane Cusick, leave court after the arraignment of Richard Cottingham, Wednesday, June 22, 2022, in Mineola, N.Y. More than 50 years after a woman was found dead in her car at a mall on Long Island, authorities prosecutors are expected to announce that DNA evidence has linked the slaying to Richard Cottingham, a serial killer who has been connected to 11 murders in New York and New Jersey between 1965 and 1980. (AP Photo/Mary Altaffer)
MORE NEWS