LONDON (AP) — Johnny Depp’s lawyers in his libel suit against a British tabloid that labeled the actor a “wife beater” displayed video footage in a London courtroom Friday that they claim shows his ex-wife, Amber Heard, “attacked” her sister.

The lawyers said they received the video from a “confidential” source on Thursday night, hours after Heard’s sister, Whitney Henriquez, testified in court that she had never been attacked by Heard or that she was frightened of her.

Depp, 57, is suing News Group Newspapers, the publisher of The Sun, and the newspaper’s executive editor, Dan Wootton, over the April 2018 article. Depp has told the court that he was the one abused by Heard and that she had a history of being violent against him. 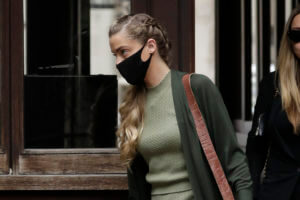 Whitney Heard, the sister of American actress Amber Heard, arrives on the day she is due to give evidence at the High Court in London, Thursday, July 23, 2020. Actor Johnny Depp is suing News Group Newspapers, publisher of The Sun, and the paper’s executive editor, Dan Wootton, over an April 2018 article that called him a “wife-beater.” Depp strongly denies the allegations.(AP Photo/Matt Dunham)

The Sun’s defense relies on 14 allegations made by Heard of violence by Depp between 2013 and 2016, in settings as varied as a rented house in Australia, his private island in the Bahamas and a private jet.

The video at the heart of Friday’s court proceedings was said to be unused reality TV footage. It is unclear when the footage was filmed.

It shows Henriquez by a pool with friends, with one heard saying, “Did you get in a fight or something?” and “I can’t believe Amber beat your ass.” Another woman appears to inspect Henriquez’s cheek and arm, and Henriquez says she is not going to talk about it. 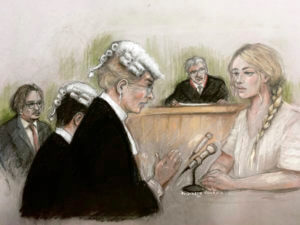 After viewing the video in court, Henriquez said the argument with her sister had been a “verbal” one and that her friends were “trying to make a very, very boring story more interesting.”

Henriquez also denied that she had any injuries when the video was recorded. Her friends were “looking for injuries that were not there, trying to create a narrative to make something more interesting, to create something out of nothing,” she said.

Depp’s lawyer, David Sherborne, had said earlier that it is “quite clear” that Heard assaulted her sister and that injuries to Henriquez are being examined on the tape.

In her testimony on Thursday, Henriquez said Depp hit Heard “multiple times” during an alleged incident at the couple’s Los Angeles apartment in March 2015. She also said that her sister had punched Depp on that occasion but only to defend her because she believed Depp was going to push her down the stairs.

Sherborne said Henriquez had “tailored” her evidence “to meet” her sister’s version of events.

In her four days of testimony this week, Heard, 34, accused Depp of an array of acts of violence, including throwing bottles at her “like grenades,” headbutting her and even of stubbing out a cigarette on his cheek. She has claimed that she often feared for her life during their tempestuous relationship.

During the first two weeks of trial testimony at the High Court, judge Andrew Nicol heard from Depp and from several current or former employees who backed his version of events. 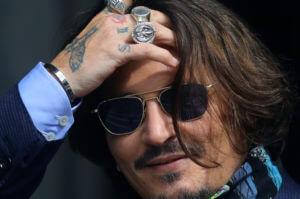 Actor Johnny Depp arrives at the High Court for a hearing in his libel case, in London, Friday, July 24, 2020. Depp is suing News Group Newspapers, publisher of The Sun, and the paper’s executive editor, Dan Wootton, over an April 2018 article that called him a “wife-beater.” The Sun’s defense relies on a total of 14 allegations by his ex-wife, actress Amber Heard of Depp’s violence. He strongly denies all of them. (Aaron Chown/PA via AP)

Heard said in written evidence that at various times during her and Depp’s relationship she endured “punching, slapping, kicking, head-butting and choking.” She said some incidents were so severe she was “afraid he was going to kill me, either intentionally or just by losing control and going too far.”

Heard said Depp blamed his actions on “a self-created third party” that he referred to as “the monster.”

Depp and Heard met on the set of the film “The Rum Diary,” released in 2011. They married in Los Angeles in February 2015. Heard filed for divorce the following year, and it was finalized in 2017.

The case is due to finish next week with closing submissions from both sides’ legal teams on Monday and Tuesday. 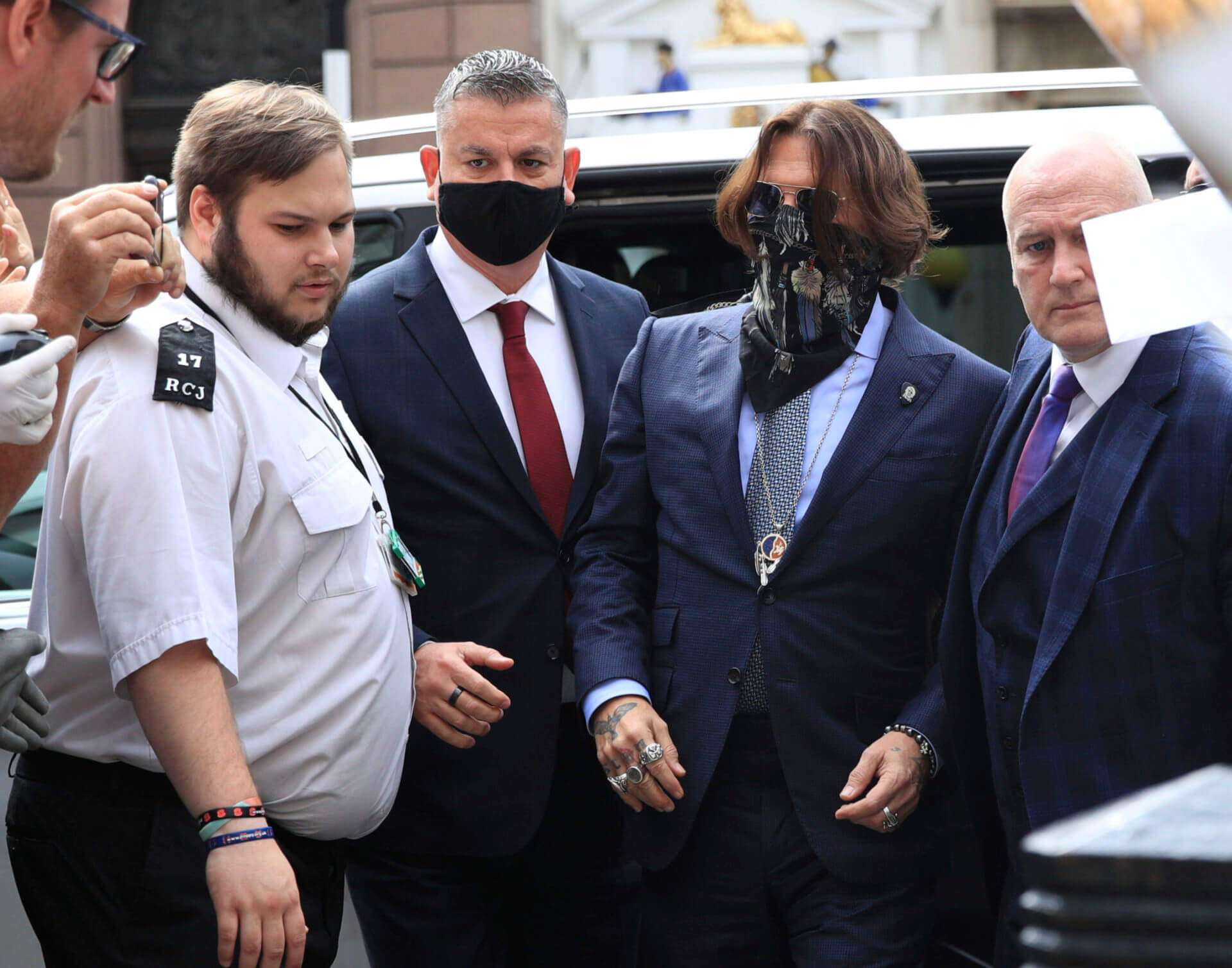 Actor Johnny Depp, second right, arrives at the High Court for a hearing in his libel case, in London, Friday, July 24, 2020. Depp is suing News Group Newspapers, publisher of The Sun, and the paper's executive editor, Dan Wootton, over an April 2018 article that called him a "wife-beater." The Sun's defense relies on a total of 14 allegations by his ex-wife, actress Amber Heard of Depp's violence. He strongly denies all of them. (Aaron Chown/PA via AP)
MORE NEWS