LOS ANGELES (AP) — Real estate heir Robert Durst testified Wednesday that he has changed his mind many times about whether he actually saw his wife step onto a commuter train for Manhattan on the night she disappeared in 1982, and said he lied to police when he told them he later spoke to her on the phone.

“Everyone has asked me that question and I have changed my mind maybe a dozen times,” Durst said under questioning from his attorney Dick DeGuerin at his Los Angeles murder trial. “Did I actually see Kathie walk through the doors and onto the train? The answer is no. But there is no place else to go.”

Durst, on trial for the 2000 killing of his best friend Susan Berman, has never been charged in the disappearance of Kathie Durst, who was later declared legally dead. But prosecutors have been allowed to present evidence that Durst killed his wife and then killed Berman when she was about to tell authorities what she knew.

He testified that he never saw or heard from his wife again after watching her step onto the train platform in the New York hamlet of Katonah near their home on Jan. 31, 1982. But days later he told a detective investigating her disappearance that he had called her and spoken to her at their apartment in Manhattan, where she had gone because she had medical school in the Bronx the following morning.

“That was a lie,” said Durst. “I wanted to convince him that Kathie had gotten back.”

Durst, 78, spoke slowly in a strained, raspy voice, sitting in a wheelchair instead of the witness chair, and reading his lawyer’s questions on a tablet giving live transcriptions because he struggles with hearing.

He said he was not worried after not hearing from her for several days. He said she often worked very long shifts in her internship and slept in the dorm rooms of friends. 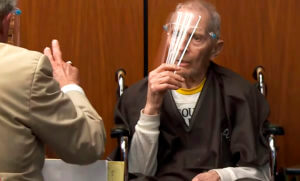 Durst testified that even when he heard answering machine messages from her school saying she hadn’t been showing up, he assumed it was because of her out-of-control cocaine use, which had been taxing their relationship.

“I was imagining that she was out someplace having fun,” Durst said. “It hadn’t occurred to me that anything had happened to her. It was more like, what had Kathie done to Kathie?”

Durst said Kathie fabricated and exaggerated stories about his abusing her, including a pair of incidents that were dramatized in the film “All Good Things” starring Ryan Gosling and Kirsten Dunst and shown to jurors earlier in the trial.

In one of them, Kathie climbed out the window of their apartment, onto a terrace, and into the apartment of a neighbor, who she told Durst was beating her.

Durst said he hadn’t even been interacting with his wife, and had thought she was in the study the whole time.

He testified that someone “had convinced Kathie that if she could show I was physically abusing her, she would get a bigger part of the settlement if we got divorced.”

He also disputed an account from the film that was given in the testimony of Kathie’s brother Jim McCormack, who recalled Durst pulling her out of a gathering with her family by the hair.

DeGuerin, Durst’s attorney, made the rare and risky move of calling a defendant in a murder trial to the stand on Monday.

His first questions to Durst were: “Did you kill Susan Berman?” and “Do you know who did?” with Durst answering “no” to both. DeGuerin then guided Durst on a step-by-step telling of his biography that is likely to continue for several more days.

Durst was arrested on a warrant in Berman’s killing in New Orleans in 2015 on the eve of the airing of the final episode of the HBO documentary series “The Jinx” on his life and the deaths he’s been connected to. He told many of the same stories in the series that he repeated from the stand. 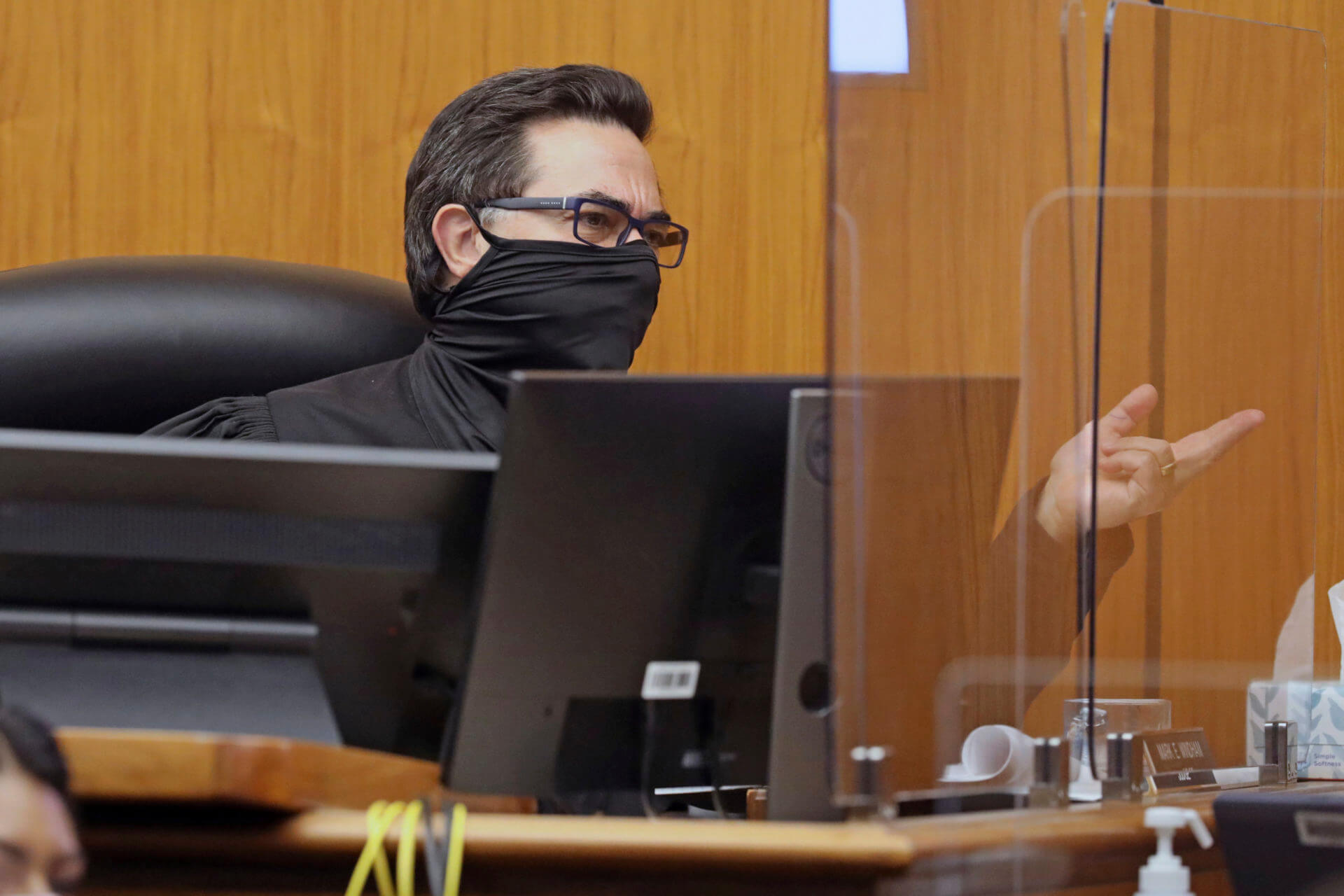 Judge Mark Windham speaks while New York real estate scion Robert Durst takes the stand and testifies in his murder trial at the Inglewood Courthouse on Monday, Aug. 9, 2021, in Inglewood, Calif. Durst is charged with the 2000 murder of Susan Berman inside her Benedict Canyon home. He testified Monday that he did not kill his best friend Berman. (Gary Coronado/Los Angeles Times via AP, Pool)
MORE NEWS