DENVER  (KMGH) — A father has been arrested for the attempted murder of his 5-year-old son after the two were rescued from icy water along Cherry Creek Trail last week.

Around 4:30 p.m. on Jan. 12, the Denver Fire Department says crews received a call that a 5-year-old boy had fallen into the water along the trail near the intersection of South Chester Court and East Cornell Avenue, and his father had jumped in and injured himself trying to save the boy. 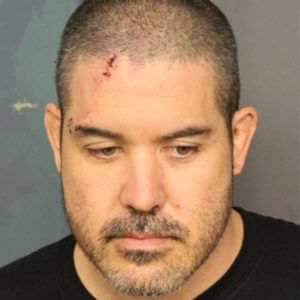 The father, 42-year-old Michael Ninomiya, was the one to call 911, according to the arrest affidavit. Details of the call were redacted in the document.

Firefighters were eventually able to locate Ninomiya and his son in a fenced off drainage culvert along the High Line Canal near Boston Street and Cornell Avenue, the affidavit states.

“Unfortunately, the child was hurt pretty bad,” he said.

The child was transported to Children’s Hospital in critical condition. Ninomiya had a laceration on his forehead and was taken to Swedish Hospital, according to the affidavit.

Following the rescue, the Denver Police Department began investigating the circumstances that led up to the incident. Metro Denver Crime Stoppers issued a bulletin Jan. 14 asking for witnesses who may have seen the father and son to come forward.

The affidavit states police talked with the child’s mother, who said her son wanted to go for an adventure. She said her son enjoyed going on adventures or hikes.

The father and son left around 3 p.m. Around 4 p.m., the mother messaged Ninomiya asking how the child was doing. The affidavit says Ninomiya sent her two pictures of the child while they were on the hike.

According to the affidavit, the mother then texted Ninomiya “asking if he was ok and he did not reply.” The mother then began receiving calls from Children’s Hospital and was told her son was in the ICU.

Most of the details contained in the arrest affidavit have been redacted. However, as of Jan. 18, the 5-year-old is still in critical condition due to fluctuating pressure in his brain, according to the document.

This story was originally published Jan. 19, 2022, by KMGH in Denver, an E.W. Scripps Company.