WEST PALM BEACH, Fla (WPTV) — A major Florida player in a medical device scheme was sentenced to 15 years in federal prison, a significant sentence in the world of health care fraud in Florida.

During the federal hearing held over Zoom on Wednesday morning, Patsy Joseph Truglia, 54, of Broward County offered remorse, telling the federal judge he was “truly and deeply sorry and selfish” when he committed his crimes. 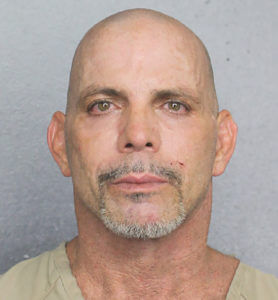 But the convicted felon, whose criminal history includes other health care fraud, will now pay a healthy price for yet another one, the likes of which WPTV exposed back in 2019.

That’s when WPTV Investigative Reporter Katie LaGrone and her photographer Matthew Apthorp discovered medical devices, including orthopedic braces, were being shipped to Medicare beneficiaries who didn’t want them, need them or order them but kept getting the calls for them.

Over and over again, WPTV spoke with recipients who showed them their unwanted deliveries. One woman showed WPTV braces that had been shipped to her mother for multiple body parts.

“There’s a knee brace, a wrist brace, another knee brace. If she put all this on, she looks like a robot,” the woman said.

Over several months in 2019, WPTV traced shipments and addresses to more than a dozen different so-called medical supply companies around Tampa Bay.

Most of the offices WPTV visited were empty.

In one St. Petersburg office building, WPTV found a total of nine medical device companies before federal agents raided them as part of a nationwide crackdown they dubbed, Operation Brace Yourself.

As part of that day-long raid around the country, the feds seized property from businesses they described as fronts to a multi-million dollars scheme that used telemarketers and telemedicine to bribe doctors, exploit the elderly and steal from taxpayers, who would ultimately foot the bill for the medical equipment through federal Medicare reimbursements.

“This scheme is an old scheme,” explained Ryan Lynch, a federal agent with the Department of Health & Human Services division in Tampa. “What we saw in 2019 was an iteration of a classic scheme.”

It’s a classic scheme that continues to this day and Florida remains fertile ground for both scammers and their victims.

“These defendants, much like anyone else involved in financial fraud, they’re motivated by greed, and these guys were greedy to the nth degree,” said IRS agent Ronald Loecker.

As for Patsy Truglia, the feds say between 2018 and 2020, he orchestrated his own elaborate brace scheme using a telemarking company he and his wife owned along with five “turn-key” medical supply companies they bought so they could “spread the fraudulent activity and avoid Medicare scrutiny,” according to the feds.

Court documents reveal as part of their operation, doctors were bribed and received kickbacks for signing off on unnecessary medical braces for Medicare recipients.

The feds say it was all an effort to get rich on the taxpayer’s time, collecting to the tune of over $18 million.

The feds say Truglia and his wife spent some of that money on a number of luxury items including a Rolls Royce, Lamborghini, Mercedes, jewelry and a lakefront home.

Operation Brace Yourself has resulted in a total of 70 convictions across the U.S. and the recovery of $325 million.

This story was originally published Feb. 2, 2022, by WPTV in West Palm Beach, an E.W. Scripps Company.