NEW YORK (AP) — FTX founder Sam Bankman-Fried pleaded not guilty in Manhattan federal court Tuesday to charges that he cheated investors and looted customer deposits on his cryptocurrency trading platform as a judge set a tentative trial date for October. 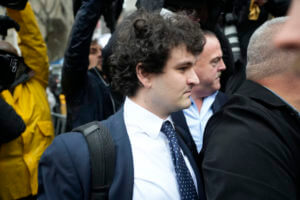 Bankman-Fried’s attorney, Mark Cohen, announced his client’s plea, saying: “He pleads not guilty to all counts.”

Afterward, Judge Lewis A. Kaplan set a tentative trial date of Oct. 2, saying he might move it forward or backward a day or two. A prosecutor estimated it would take the government a month to present its case to a jury, while a defense lawyer projected putting on a case lasting two to three weeks.

Wearing a backpack, Bankman-Fried marched through a crush of cameras as he entered the courthouse on a rainy day to make his first appearance before Kaplan. In the courtroom, Bankman-Fried appeared relaxed through most of the half-hour-long proceeding, occasionally speaking to a lawyer next to him. When he left court, he did not speak to reporters outside.

After Bankman Fried pleaded not guilty, the judge discussed with lawyers a schedule for proceeding toward trial, setting April dates for defense lawyers to submit arguments challenging the validity of the charges and for prosecutors to respond to them. Oral arguments were set for May 18.

The judge also added to Bankman-Fried’s bail conditions by banning him from accessing or transferring cryptocurrency or assets of FTX or Alameda Research or any assets purchased with funds from the companies.

He did so after Assistant U.S. Attorney Danielle Sassoon said Bankman-Fried had worked with foreign regulators to transfer FTX assets to them after FTX declared bankruptcy and he knew U.S. bankruptcy authorities were also interested in those assets.

Sassoon said Bankman-Fried expressed to a co-conspirator that he knew there was competition between U.S. bankruptcy authorities and foreign regulators and he wanted to get the assets to the foreign regulators in part because he thought they’d be more lenient with him and he might be able to regain control of his business. 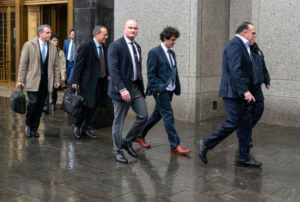 Cryptocurrency entrepreneur Sam Bankman-Fried, second from right, arrives for an appearance at Manhattan federal court Tuesday, Jan. 3, 2023, in New York. Bankman-Fried will be arraigned in a Manhattan federal court Tuesday on charges that he cheated investors and looted customer deposits on his cryptocurrency trading platform. (AP Photo/Craig Ruttle)

Cohen, though, insisted that Bankman-Fried had not personally transferred any assets and that anything that was moved came at the insistence of a court in the Bahamas that ordered it to occur.

Sassoon, noting FTX was the second largest cryptocurrency exchange, also told the judge that the government hoped to create a website for victims of the fraud, rather than notify them individually since they might number over one million.

Prior to Bankman-Fried’s appearance, his lawyers sent a letter to the judge, saying Bankman-Fried’s parents — both Stanford Law School professors, in recent weeks have become the target of “intense media scrutiny, harassment, and threats. They said the parents had received “a steady stream of threatening correspondence, including communications expressing a desire that they suffer physical harm.”

As a result, the lawyers asked that the names be redacted on court documents for two individuals who were lined up to sign Bankman-Fried’s $250 million personal recognizance bond. Bankman-Fried was released with electronic monitoring about two weeks ago on the condition that he await trial at his parents’ house in Palo Alto, California.

The judge allowed the names to remain secret for now, but he said he may reconsider his decision if members of the media or others object.

Carolyn Ellison, 28, who ran Alameda, and Gary Wang, 29, who co-founded FTX, have pleaded guilty to fraud charges and are cooperating with prosecutors in a bid for leniency. Both are free on bail. 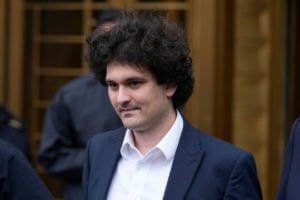 Their pleas were kept secret until Bankman-Fried was in the air after his extradition from the Bahamas, where FTX is based, due to fears that he might flee.

Shortly before Bankman-Fried’s arraignment, U.S. Attorney Damian Williams announced that he was launching a task force made up of senior prosecutors in his office to investigate and prosecute matters related to the FTX collapse. He said the task force also will work to trace and recover victim assets.

“The Southern District of New York is working around the clock to respond to the implosion of FTX,” Williams said in a press release. “It is an all-hands-on-deck moment. We are launching the SDNY FTX Task Force to ensure that this urgent work continues, powered by all of SDNY’s resources and expertise, until justice is done.” 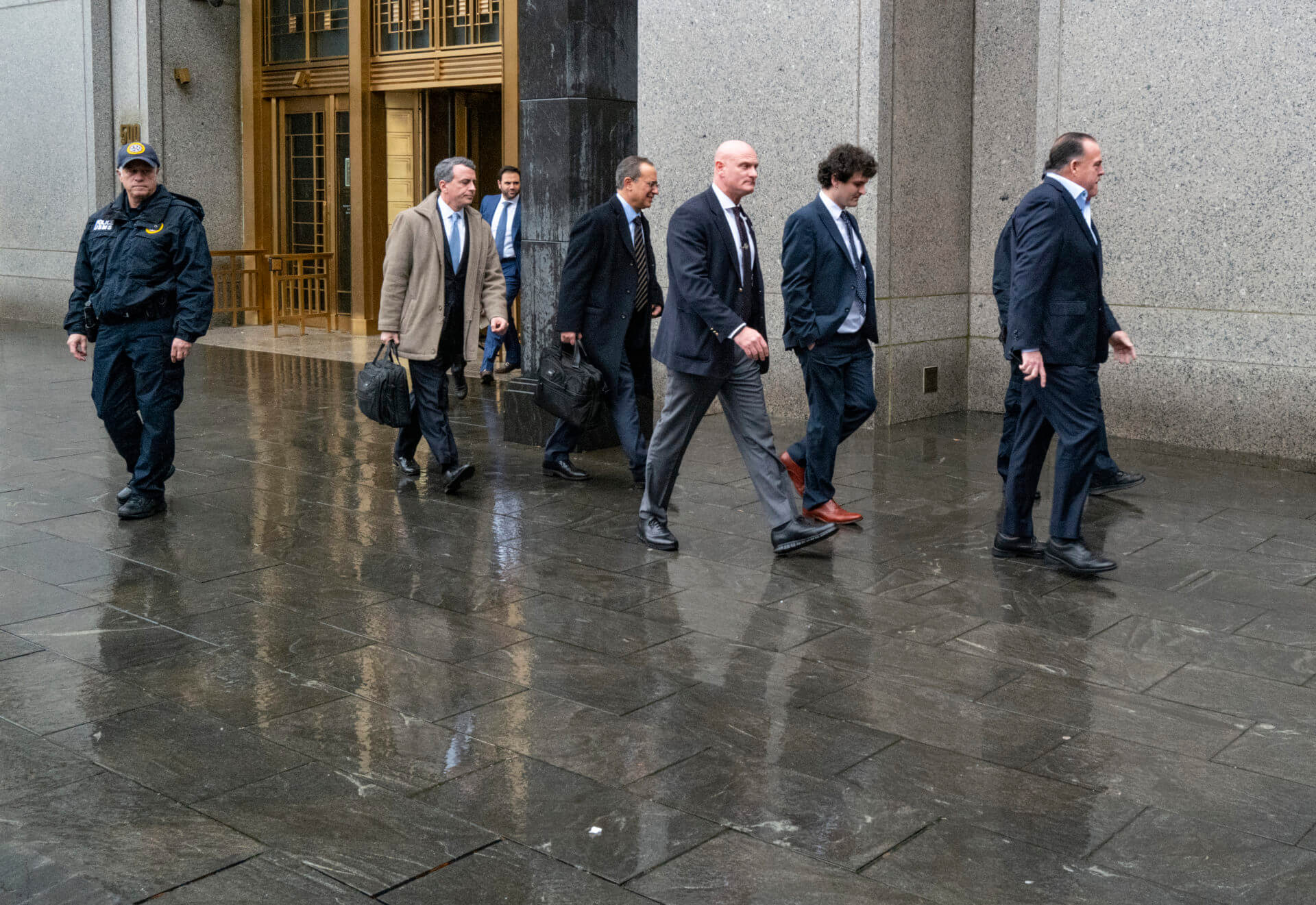 Cryptocurrency entrepreneur Sam Bankman-Fried, second from right, arrives for an appearance at Manhattan federal court Tuesday, Jan. 3, 2023, in New York. Bankman-Fried will be arraigned in a Manhattan federal court Tuesday on charges that he cheated investors and looted customer deposits on his cryptocurrency trading platform. (AP Photo/Craig Ruttle)
MORE NEWS