NEW YORK (AP) — Cryptocurrency entrepreneur Sam Bankman-Fried walked out of a Manhattan courthouse Thursday with his parents after they agreed to sign a $250 million bond and keep him at their California home while he awaits trial on charges that he swindled investors and looted customer deposits on his FTX trading platform. 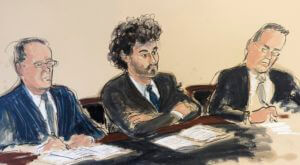 Samuel Bankman-Fried, center, sits in Manhattan federal court flanked by his attorneys Mark Cohen, left, and Christian Everdell, Thursday, Dec. 22, 2022, in New York. The cryptocurrency entrepreneur Sam Bankman-Fried can post a $250 million bond and live in his parents’ California home while awaiting trial on charges that he swindled investors and looted customer deposits on his FTX trading platform, a judge said Thursday.(Courtroom sketch by Elizabeth Williams via AP)

Assistant U.S. Attorney Nicolas Roos said in U.S. District Court that Bankman-Fried, 30, “perpetrated a fraud of epic proportions.” Roos proposed strict bail terms, including a $250 million bond — which he said is believed to be the largest federal pretrial bond ever — and house arrest at his parents’ home in Palo Alto, California.

An important reason for allowing bail was that Bankman-Fried agreed to waive extradition, Roos said.

Reunited with his parents and lawyers inside the courthouse, an apparently silent Bankman-Fried shook the hands of a supporter before heading out the door, where photographers and video crews rushed him until he left in a car.

Magistrate Judge Gabriel W. Gorenstein agreed to the bond and also approved the house arrest proposal, though he required that an electronic monitoring bracelet be affixed to Bankman-Fried before he left the courthouse. Roos had recommended it be attached Friday in California.

Bankman-Fried wore a suit and tie, sat between his attorneys and did not speak during the hearing except to answer the judge. Near its end, he was asked by Gorenstein whether he understood he would face arrest and owe $250 million if he chose to flee.

“Yes, I do,” Bankman-Fried answered.

Soon afterward, the hearing ended and Bankman-Fried, his hands in his front pants pockets, was led from the courtroom by two U.S. marshals.

His bail conditions also require that he not open any lines of credit larger than $1,000.

The bond was to be secured by the equity in his parents’ home and the signature of them and two other financially responsible people with considerable assets, Roos said. The bail was described as a “personal recognizance bond,” meaning the collateral did not need to meet the bail amount.

Bankman-Fried, arrested in the Bahamas last week, was flown to New York late Wednesday after deciding not to challenge his extradition.

While he was in the air, the U.S. attorney in Manhattan announced that two of Bankman-Fried’s closest business associates had also been charged and had secretly pleaded guilty. 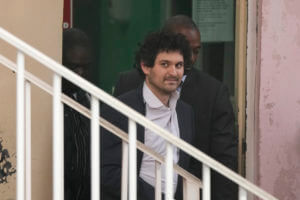 FTX founder Sam Bankman-Fried, is escorted from the Magistrate Court in Nassau, Bahamas, Wednesday, Dec. 21, 2022, after agreeing to be extradited to the U.S. (AP Photo/Rebecca Blackwell)

U.S. Attorney Damian Williams said in a video statement that both were cooperating with investigators and had agreed to assist in any prosecution. He warned others who enabled the alleged fraud to come forward.

“If you participated in misconduct at FTX or Alameda, now is the time to get ahead of it,” he said. “We are moving quickly, and our patience is not eternal.”

Prosecutors and regulators contend that Bankman-Fried was at the center of several illegal schemes to use customer and investor money for personal gain. He faces the possibility of decades in prison if convicted on all counts.

In a series of interviews before his arrest, Bankman-Fried said he never intended to defraud anyone.

Bankman-Fried is charged with using money, illicitly taken from FTX customers, to enable trades at Alameda, spend lavishly on real estate, and make millions of dollars in campaign contributions to U.S. politicians.

FTX, founded in 2019, rode the crypto investing phenomenon to great heights quickly, becoming one of the world’s largest exchanges for digital currency. Seeking customers beyond the tech world, it hired the comic actor and writer Larry David to appear in a TV ad that ran during the Super Bowl, hyping crypto as the next big thing.

Bankman-Fried’s crypto empire, however, abruptly collapsed in early November when customers pulled deposits en masse amid reports questioning some of its financial arrangements. 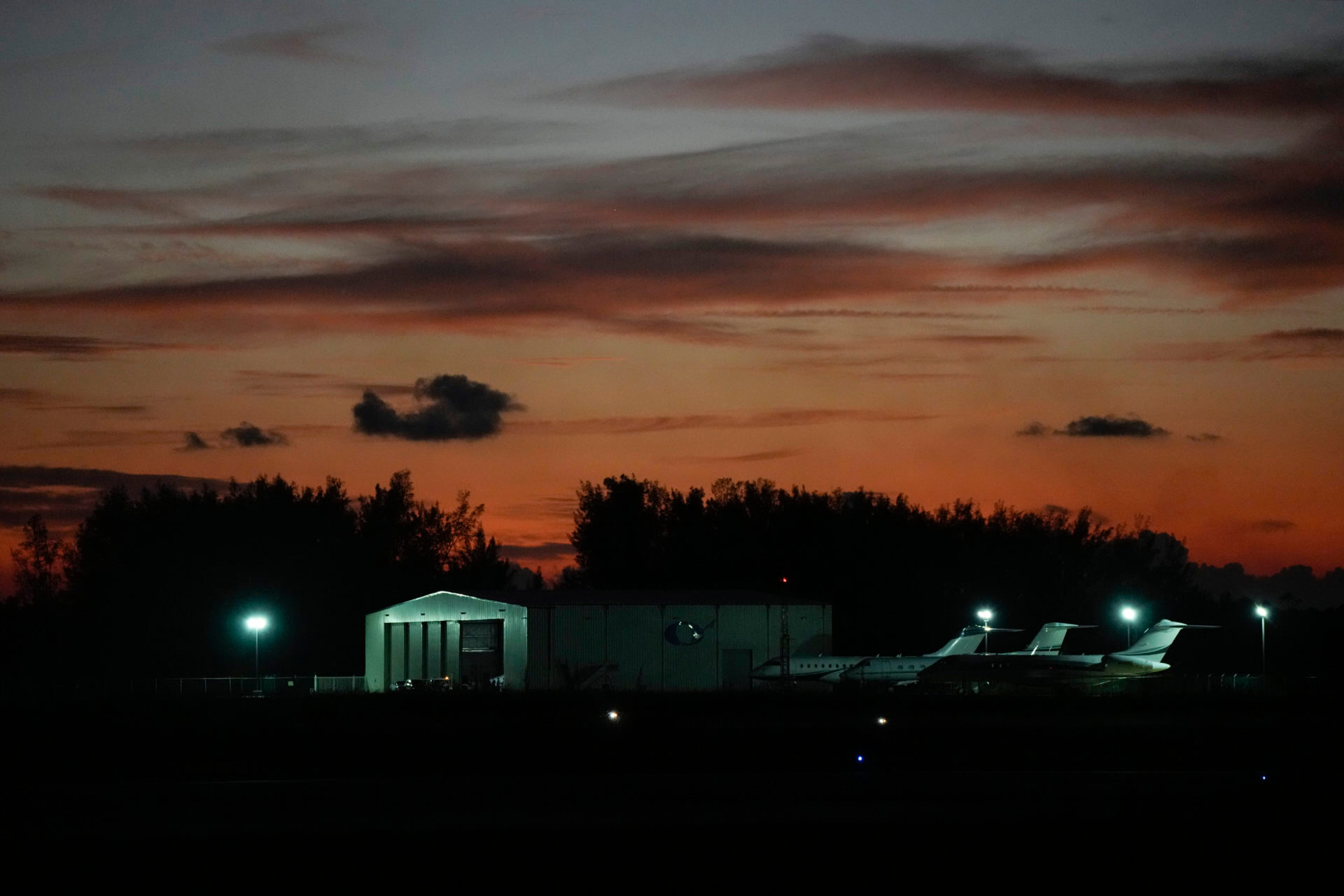 Airplanes are seen on the tarmac at Odyssey Aviation, where FTX founder Sam Bankman-Fried was expected to soon be flown out to the U.S. after agreeing to be extradited, in Nassau, Bahamas, Wednesday, Dec. 21, 2022. (AP Photo/Rebecca Blackwell)
MORE NEWS