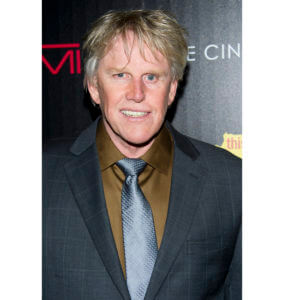 FILE – In this Oct. 25, 2012, file photo, Gary Busey attends a screening of “This Must Be the Place” in New York. Busey has been charged with sexual offenses at a New Jersey fan convention this month. Cherry Hill police said Saturday, Aug. 20, 2022, that the 78-year-old Malibu, Calif., resident was charged Friday with criminal sexual contact and harassment. (Photo by Charles Sykes/Invision/AP, File)

Monster-Mania Convention said in a Facebook post that after attendees complained, an unspecified “celebrity guest was removed from the convention and instructed not to return.”

“Monster-Mania also encouraged the attendees to contact the police to file a report,” the company said, adding that behavior that compromised the safety and well-being of attendees would not be tolerated. “Monster-Mania will continue to assist the authorities in any and every way possible,” it said.

“It was about contact. It was about touching,” Lt. Robert Scheunemann told The Philadelphia Inquirer of the muliple complaints police had received about Busey’s conduct.

Busey, who lives in Malibu, California, was scheduled as a featured guest for all three days of the event.

Busey is widely known as a character actor, largely in supporting roles, though he came to attention and was nominated for an Oscar for best actor for playing the title role in the 1978 film “The Buddy Holly Story.”