PIKE COUNTY, Ohio (Court TV) — George Wagner IV took the stand in his capital murder trial and tried to distance himself from his family and their plan to kill his brother’s ex-girlfriend.

Now, it’s up to jurors to decide which Wagner brother they believe.

George Wagner is accused of helping his brother, Jake Wagner, and their parents plan and carry out a nighttime shooting spree in 2016 that killed 19-year-old Hanna Rhoden and seven members of her family in rural Ohio.

Testifying earlier in the trial, Jake said George knew about the plot but he “didn’t want me to do it.” Ultimately, Jake said George joined him and their father, Billy Wagner, on the rampage, but only to protect Jake from his father, who’s awaiting trial. 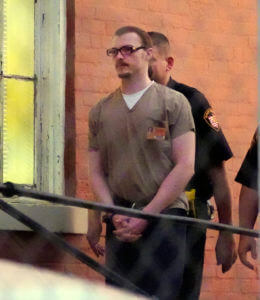 George refused to shoot anyone, Jake said.  But George told a different tale over two days on the witness stand.

RELATED: Jake Wagner testifies against his brother in Ohio Family Massacre Trial: He didn’t want me to do it

“Were you aware at any time that Jake and your dad and mom were planning to kill the Rhodens?” George’s lawyer, John Nash, asked him. “Were you there on Union Hill Road?”

‘Theft is one thing, murder is another’

Jaws dropped in the Pike County courtroom as George, 31, took the witness stand two weeks after his brother finished testifying against him. It was no secret that Jake would testify as part of plea deal that spared him the death penalty. Same for their mother, Angela Wagner, who also pleaded guilty and testified against George. George’s defense gave no hint of his turn on the stand.

Jurors were on the edge of their seats. Prosecutors exchanged notes and knowing glances, no doubt anticipating their turn to question him. The differences between the brothers that other witnesses described became apparent. George was quick with answers and dates compared to his brother’s long, deliberative pauses as he searched for words.

Jake said it was his father who proposed killing Hanna so Jake would have sole custody of their two-year-old daughter, who Jake feared was being abused. Also targeted were Hanna’s parents, Dana Rhoden and Chris Rhoden, Sr., brother Frankie Rhoden, uncle Gary Rhoden and cousin Kenneth Rhoden out of concerns they may seek custody or revenge. Frankie’s fiancée, Hannah Hazel Gilley, and Hanna’s younger brother, Chris, were also killed to eliminate witnesses, according to Jake. 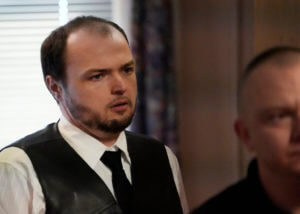 The state argues the Wagners acted as a unit in everything they did much like a criminal enterprise. They lived and worked together on the family farm as the sons grew into adulthood. They shared bank accounts, credit cards and pooled money for bills. They committed crimes together long before the ones they now stand accused of.

The Wagner brothers described how their father taught them as teens to pick locks on vending machines for cash and steal gas and goods from trucks. They went out as a family on theft sprees with their mother acting as lookout as they pilfered loads at truck stops.

Given their illicit track record, George’s lawyer pressed him on why the jury shouldn’t believe they were capable or murder. “Theft is one thing, murder is another,” George said.

As time passed, George said he grew increasingly at odds with his family. He recalled fist fights with his father; a mother who told him he would “go to hell” for partying with his friends instead of helping on the farm; a brother who insulted and criticized everyone, just like his mother.

“My brother thinks he’s a saint and can do no wrong and he’s better than everybody,” George said.

Tensions reached a boiling point several times, George said. He left home for the first time when he was 16 after fighting with his father. “I was just tired of putting up with mom and dad,” he said.

He made it about 250 miles to Kentucky before turning back when faced with the prospect of nowhere else to go, he said. He tried again to leave years later when his then-wife tried to kill herself in the home they shared with his mother and brother.

“I was going to move to Alaska because she said she couldn’t deal with my mother anymore,” he said of his wife, Tabitha. Ultimately, he decided they were better off in Ohio.

“I didn’t want to take the chance of being broke with no roof over my head and I didn’t have the financial backing to do what I wanted to do,” Wagner testified.

“Do you have any regrets?” his lawyer asked him.

“I wish I hadn’t turned around in Kentucky,” George said.

Contrasting portraits of the same person

George said he “quit theft” with his family in 2014 after he got a steady job hauling cows. But prosecutor Angela Canepa drew out several examples suggesting George never strayed far from the family’s lawless path.

He bought cars and chopped them up for parts so the owners could report them as stolen. He helped his uncle wreck a vehicle so he could falsify an insurance claim. He hunted deer illegally at night and used the wrong address on firearms transactions forms.

Canepa pointed out that no matter how much he may have disliked his family he stuck by them, even as law enforcement honed in on them. George insisted he had no reason to doubt his family’s claims of innocence.

When law enforcement stopped them at a Montana border crossing in 2017 and interrogated them for hours, George said it reinforced his perception that law enforcement was trying to frame them. It confirmed what his father raised him to believe, that police were crooked and would do anything to close a case.

The prosecutor questioned George about hours of recorded conversations in which jurors heard a different version of the calm and collected defendant on the witness stand.

George shouted and cursed at Jake over his wife, who George thought might be spying on them for law enforcement. He raged against the lead investigator, saying he wanted to kill him. He told his mother that she only got in trouble for her illicit ways when somebody “caved” or “crumbled.” But not him, he said on the recording. “I ain’t caving.”

In the courtroom, the prosecutor pressed George on the statement. “Is that your philosophy? You don’t cave or crumble” Canepa asked him.

“I don’t believe you should plead out to something you didn’t do,” he said.

The night of the murders

Canepa appeared to grow increasingly frustrated as George stonewalled her efforts to draw out inconsistences and unlikely coincidences with different versions of the response, “not that I recall.” She managed to highlight a major inconsistency in his accounts concerning the night of the murders.

The night of April 22, 2016, George testified he went to bed around 10 p.m. unaware of what was to come. In his 2017 interview with law enforcement, he said the entire family watched a “fairy” movie together until 12:30 a.m., then everyone went to bed. When pressed to explain the discrepancy, Wagner said he couldn’t remember what he said in 2017 or why he may have said it. He conceded that his memory of the night of the murders would have been better in 2017 than it is now.

When he found out about the murders the next day, he said he was “heartbroken.” He considered victims Hanna Rhoden and her brother, Frankie, more like family than he did his own brother. Their father, Chris Rhoden, Sr., was a close friend of his father, Billy Wagner.

He had the kindest words for Hanna Rhoden, who he considered like a “baby sister,” he said. They cracked dirty jokes together, baked buckeyes for Christmas and commiserated over their struggles to lose weight. In the recordings, Canepa pointed out that George at one point called Hanna a “whore” and Jake’s daughter a “bitch.” George said he used the ugly names in anger and blamed a caffeine addiction.

George had no idea that Jake suspected Hanna of neglecting their two-year-old daughter, he said. Jake testified he feared their daughter was in danger of being sexually abused under his mother’s care — a problem that Billy Wagner suggested could only be resolved by killing Hanna and her family, Jake said, setting the wheels in motion for the murders.

It wasn’t until Jake pleaded guilty in 2021 – three years after the Wagners were all arrested — that George said he learned of their true involvement, he said.

“I felt heartbroken, betrayed for the fact of what he did to Hanna and Frankie and Chris Senior and that I believed him,” George Wagner testified. “I now know that he was just lying through his teeth to me.”