PHOENIX (AP) — A high-profile Arizona prosecutor challenged a decision to fire him after a 30-year career. 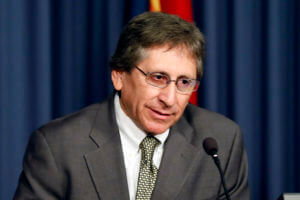 FILE – In this March 5, 2015, file photo, Maricopa County Prosecutor Juan Martinez speaks during a news conference to discuss the outcome of the Jodi Arias’ sentencing retrial in Phoenix. The Arizona Court of Appeals is scheduled on Thursday, Oct. 17, 2019, to hear Arias’ appeal of her conviction. Martinez is heavily criticized in Arias’ appeal. (AP Photo/Matt York, File)

Juan Martinez’s appeal of his termination was released Monday by the Maricopa County Attorney’s Office, The Arizona Republic reports.

Martinez became well known when he prosecuted Jodi Arias, who was convicted of killing Travis Alexander in his Mesa home in 2008.

The appeal filed by Martinez’s attorney, Thomas Brown, said the prosecutor was disciplined after allegations he sexually harassed female law clerks and a female deputy county attorney from 2007 to 2017.

Kenneth Vick, the county’s chief deputy attorney, is attempting to punish Martinez over conduct for which he was already disciplined, the appeal said. 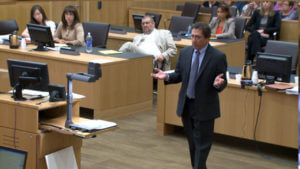 Prosecutor Juan Martinez questions psychotherapist Alyce Laviolette on the stand during the Jodi Arias trial in 2013. Arias faced the death penalty for the murder of her lover, 30-year-old Travis Alexander. (COURT TV)

“Mr. Martinez rightfully believed that after accepting the discipline, he should be able to move forward with his distinguished career,” Brown wrote.

Martinez’s attorney also questioned the chief deputy’s authority to take action to terminate the prosecutor since he is not the county attorney.