MILWAUKEE (WTMJ) — It has been nearly 30 years since the infamous Jeffrey Dahmer murder trial happened in Milwaukee. National and international media followed the case.

One of those jurors remembers what it was like to serve on the jury.

“They plucked me off the face of the Earth,” said Lori Sundt as she looked at the book she had brought with her to jury duty.

The judge in the Dahmer case ordered the jurors to be sequestered in a hotel. Dahmer had admitted to killing and dismembering 15 people, but said he was legally insane at the time. Immediately after the trial, Sundt spoke to Court TV about serving on the jury.

“It just got to be very overwhelming. I had a hard time understanding if Jeffrey Dahmer was in fact mentally ill,” said Sundt in 1992.

She, along with the rest of the jurors, stayed in a hotel. They were not allowed to talk to anyone, except the bailiffs and other jurors. Sundt was not even allowed to call her husband.

“There wasn’t social media like we have today, but even without social media, we weren’t allowed to talk to any family members. Or anyone we knew. We had our own bedrooms, so we were alone or all together,” said Sundt. “The television was pulled into what looked like an extension cord and it was locked. It had a lock on it and the telephone was dead. If we wanted to talk to a bailiff or get coffee in the morning, we had to actually go.” 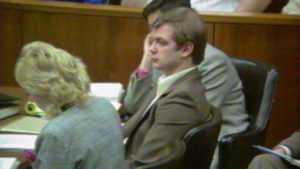 Jeffrey Dahmer sits in court during his 1992 trial to determine his mental sanity for killing and dismembering 15 people. (Court TV)

To pass the time, she said the jurors shared the books they had. Sundt took up croquet and made a blanket for her mother.

“I made all these individual squares,” she said.

The blanket has 140 individual squares. Although staying separated from her friends and family was hard, Sundt say the real work was the case.

“It was being in the presence of Jeffrey Dahmer and hearing in detail the gore of his crimes that just came as a shock value, because no matter what I heard on the media previously, not that amount of information was available to the public,” said Sundt.

Sundt says she knew how high profile the case was and just how much they were being watched, but that ended when she deliberated.

“I realized there was souls behind the names, and the victims’ families were in the audience, and it was a heavy weight to carry. But I didn’t go that far to think these are going to be the ramifications of a society once I come out of this jury room, if I don’t find in their favor or the way they want,” said Sundt. “We were addressing to the way the court said and the outside world, as far as I was concerned, did not come into play.”

Dahmer was found sane. He was sentenced to 15 consecutive life sentences. He died in prison in 1994. 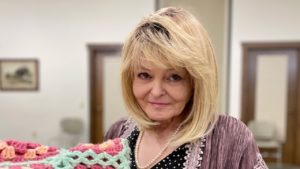 Lori Sundt held up her jury pin from when she served on the Jeffrey Dahmer trial. (Rebecca Klopf / WTMJ)

Sundt says once she signed her verdict, that was truly the end of it for her. She never looked up more information about the case or wanted to learn more. The only thing she did not want to do again was serve on a jury. She said she feels like she gave enough during the Dahmer case.

This story was originally published by Rebecca Klopf for WTMJ in Milwaukee on Nov. 5, 2021. WTMJ and Court TV are part of the E.W. Scripps Company.