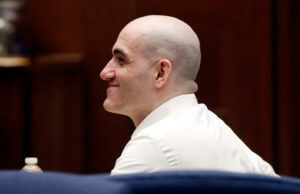 Michael Gargiulo, 43, has been found guilty of first-degree murder in the Feb. 22, 2001 killing of Ashley Ellerin, 22, and the Dec. 1, 2005 killings of Maria Bruno, 32. He was also found guilty of an attempted murder charge stemming from an April 2008 attack on Michelle Murphy, 26. Murphy survived eight stab wounds.

Gargiulo was found guilty of attempted escape for trying to escape from jail in 2008.

The next phase of the trial is scheduled to begin Tues., Aug. 20, 2019. Gargiulo could be sentenced to death.

Gargiulo is also facing a murder charge in Illinois for the Aug. 14, 1993, killing of Tricia Pacaccio, 18. 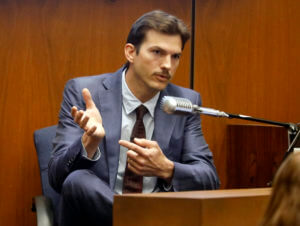 Gargiulo, an air conditioning repairman, has been linked to the murders of at least 9 women, including Ashton Kutcher’s former girlfriend, Ashley Ellerin. Gargiulo is charged with two California murders in 2001 & 2005, & one Illinois murder. He was tried on Ellerin’s murder in CA first. Media dubbed him the “Hollywood Ripper.”