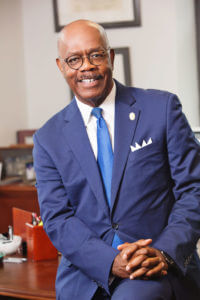 ATLANTA (AP) — The Georgia Bureau of Investigation has completed its probe into the shooting death of Rayshard Brooks, more than three months after the Black man was fatally shot by a white officer outside a fast-food restaurant in Atlanta.

Agency spokesperson Nelly Miles confirmed to news outlets Monday that the findings from the investigation have been turned over to the Atlanta Police Department and Fulton County District Attorney Paul Howard.

Howard has already announced a felony murder charge against Garrett Rolfe, the officer who shot Rayshard Brooks on June 12 after Brooks grabbed a Taser during a struggle and ran, firing it at Rolfe. Another officer who was at the scene outside a Wendy’s restaurant, Devin Brosnan, was charged with aggravated assault and violation of his oath.

Their lawyers have previously said their client’s actions were justified.

“We encourage Paul Howard to release the full GBI report immediately so that the findings of this independent investigation will available to the public,” Rolfe’s attorney, Noah Pines, said in a statement reported by The Atlanta Journal-Constitution.

Some have accused Howard of rushing charges against the officers for political gain while others have applauded his quick action. He was defeated in the Democratic primary runoff last month by Fani Willis, his former deputy who faces no Republican opposition in the race for Howard’s seat.

“This case and all others must be handled according to the facts and the law,” Willis said in a statement. “That is how I will handle every matter that comes before me as District Attorney.”

The GBI’s findings have not been made available to the public. The agency said in a tweet after Howard announced the charges in June that they were not consulted on the charges.

Brooks’ death had sparked renewed demonstrations in Atlanta after turbulent protests in the city and around the nation over the death of George Floyd in Minneapolis in late May.