BACA COUNTY, Colo. — A woman whose remains were found in a Baca County field in 1988 were recently identified thanks to genetic genealogy.

The case began in June 1988, when a farmer reported finding what he believed were human remains in a field on his Springfield, Colorado property, according to a joint release from the Baca County Sheriff’s Office and Baca County Coroner’s Office. 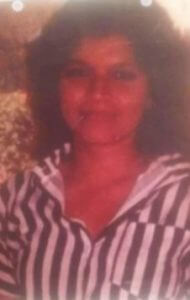 The sheriff’s office and coroner’s office said Springfield “is best described as a small, sparsely populated farming and ranching community.”

The then-sheriff, Willard Goff, along with deputies and the county’s then-coroner, Robert Morrow, responded to the scene and confirmed the skeletal remains were human. Authorities estimated they were about a year to three years old. They began investigating the case as a possible homicide.

While they searched the area for evidence, they were unable to find anything to help identify the person or any information on their death.

The Colorado Bureau of Investigation said she was discovered near roads frequented by truck drivers who are trying to avoid the port. At the time of her death, she was wearing gray corduroy pants and a beige winter coat.

Authorities tried to identify the person through dental impressions and dental records, DNA samples, anthropological study, and facial reconstruction. This helped bring in many possible matches, but after each was compared to the remains, they were excluded, one by one.

At this point, the sheriff’s office published a press release asking anybody with information on the case or the person to contact them.

The case went cold after all leads were exhausted. The Jane Doe, along with copies of case information, was buried in the Springfield Cemetery in 2005. The original records were kept at the sheriff’s office and coroner’s office.

Thirty-three years later, in May of 2021, an investigations intern at CBI asked permission from the two offices to submit data from the case into NamUs, a national missing and unidentified persons resource center.

Two months later, the coroner’s office contracted with Solved by DNA, which is an investigative genetic genealogy company that tests crime scene DNA with traditional genealogical research to predict where a suspect or unidentified person may fit in a family tree, the sheriff’s office and coroner’s office said.

While the old DNA records were found, it was not enough to do a full familial study. New samples were needed for that.

On Dec. 13, 2021, the coroner’s office and current Baca County Sheriff Aaron Shiplett had the remains exhumed to get that DNA before they were reinterred in the cemetery. CBI then began analyzing the samples and once that was done, they were entered into NamUs.

Authorities also digitized the paper records since many were more than 30 years old.

In August 2022, authorities learned that a possible familial DNA match had been found. Solved by DNA had identified one person with markers that indicated they were a family member. The sheriff’s office connected Solved with DNA with the family member, who then submitted their DNA sample. This person was determined to be a match as a family member of Jane Doe.

A month later, in late September, NamUs found a separate DNA match for Jane Doe. This person lived in Texas and had submitted her DNA to the McAllen Police Department in Texas in 2004. The woman had been searching for her missing mother, Nora Elia Castillo, who had a missing person case filed in 1996, though she had been missing since 1986 or 1987. The last contact with her was a collect call from somewhere in Colorado.

These details matched evidence the Baca County Sheriff’s Office had from its Jane Doe case.

Authorities were able to then confirm Castillo and the Jane Doe case from 1988 were the same.

Castillo’s family was located and notified.

The circumstances around why she was in Colorado and around her death remain under investigation. As of now, that information is not known.

This story was originally published Oct. 31, 2022 by KMGH in Denver, an E.W. Scripps Company.