NEW YORK (AP) — Accusers in the upcoming trial of British socialite Ghislaine Maxwell on charges she recruited teenage girls for Jeffrey Epstein to sexually abuse can testify using pseudonyms or first names to protect their privacy, a judge ruled Monday.

The ruling by U.S. District Judge Alison J. Nathan came after Maxwell was brought into a Manhattan courtroom in shackles for a final pretrial hearing. Nathan made a series of evidentiary rulings to define how the highly anticipated trial starting later this month will unfold.

FILE – In this Sept. 2, 2000 file photo, British socialite Ghislaine Maxwell, driven by Britain’s Prince Andrew leaves the wedding of a former girlfriend of the prince, Aurelia Cecil, at the Parish Church of St Michael in Compton Chamberlayne near Salisbury, England. (Chris Ison/PA via AP, File)

At the end of a nearly four-hour proceeding, a prosecutor said no plea talks had occurred prior to trial. Defense lawyer Bobbi Sternheim said there was no reason for them because her client “has committed no crime.”

Maxwell echoed her lawyer’s words, saying aloud: “I have not committed a crime.”

Saying she will renew a bail application that has been rejected multiple times, Sternheim complained that the 59-year-old Maxwell was being treated so harshly that she had to get on her hands and knees to climb into the van that brought her to the courthouse because she was shackled at the ankles and waist with her hands handcuffed in front of her.

Then, she was dropped off around 5:30 a.m., more than five hours before the start of the hearing and put alone in a cold holding cell, the lawyer said. When Maxwell fell asleep, she was “poked to be woken up,” Sternheim told the judge.

Sternheim has repeatedly complained that Maxwell is awakened when she sleeps by guards at a federal lockup in Brooklyn who shine a light into her cell every 15 minutes to check on her.

Nathan said she was allowing pseudonyms for several witnesses who are expected to provide “explicit” and “highly sensitive” testimony at the trial. Steps to withhold witnesses’ identities in open court are needed “to protect alleged victims from potential harassment from the media and others,” the judge said.

She noted similar precautions were taken for the accusers at the trial of Keith Raniere, a self-help guru convicted in 2019 of sexually exploiting followers at his NXIVM compound in upstate New York. And she said the anonymity will encourage other victims to come forward.

Nathan also rejected a defense bid to bar the government from referring to the accusers as “victims” or “minor victims,” calling it “unnecessary and impractical.” And she also set limits on defense efforts to portray the Maxwell investigation as hasty and politically motivated, saying exploring such accusations would only confuse the jury. 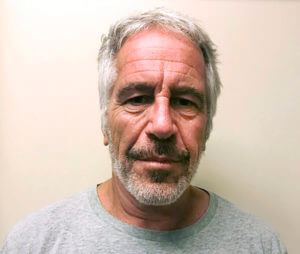 Defense lawyers seemed on the verge of a major victory when the judge questioned the testimony of one of four women expected to testify about sex abuse on the grounds that she was not underage by law in the jurisdictions where she maintained she was sexually abused by Epstein at age 17. The judge asked lawyers to submit arguments on the issue, but seemed inclined to let the testimony occur.

Prospective jurors will begin filling out questionnaires later this week and oral questioning of them will start in mid-November. Opening statements are scheduled for Nov. 29

Maxwell has been jailed since her arrest in July 2020, when she pleaded not guilty to charges that she recruited teenage girls for Epstein to sexually abuse and sometimes joined in the abuse.

Epstein died at a Manhattan lockup in August 2019 while awaiting trial on sex trafficking charges. The death was ruled a suicide.

The judge largely agreed, ruling that defense lawyers won’t be allowed to question witnesses about why law enforcement pursued the case it did, how it chose what subpoenas to issue and why it decided to charge Maxwell and not others.