Velasquez was arrested in San Jose last week after he chased a pickup carrying the man through busy streets in three Silicon Valley cities, ramming the vehicle with his own pickup truck during an 11-mile (18-kilometer) high-speed chase, prosecutors said. 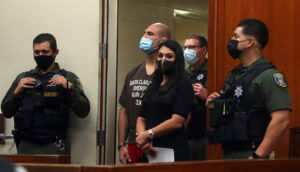 Velasquez, 39, fired a .40-caliber pistol at the vehicle several times, wounding the man’s stepfather, who was driving, in his arm and torso, prosecutors said.

Celebrity attorney Mark Geragos, who is representing Velasquez, told reporters outside the court that he plans on vindicating Cain and getting him back with his family, the Mercury News reported.