IOWA CITY, Iowa (AP) — The public will be able to watch the trial of the man charged with killing University of Iowa student Mollie Tibbetts — but not in person.

Citing COVID-19 protocols, Judge Joel Yates said in an order dated Monday that members of the public and news media will not be allowed inside the courtroom when the trial of Cristhian Bahena Rivera starts next week. But he acknowledged “intense public” interest in the case and said news outlets can operate remote-controlled video cameras to broadcast the proceedings live on the internet or television. 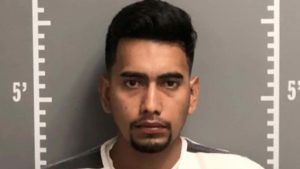 Rivera is expected to stand trial beginning Monday in Davenport for first-degree murder in the death of Tibbetts, 20, who disappeared in July 2018 while out for a run in her hometown of Brooklyn, Iowa. Prosecutors say Rivera, 26, followed Tibbetts in a vehicle, killed her during a struggle and dumped her body in a cornfield.

The weekslong search for Tibbetts attracted intense coverage on Fox News and other outlets. Then-President Donald Trump and other Republicans cited the case before the 2018 midterm elections to argue for stricter immigration laws after learning that Rivera allegedly moved to the U.S. illegally from Mexico when he was a teenager. That came over the objections of Tibbetts’ relatives, who said her death should not be used to promote a political agenda that she would have opposed as racist.

Rivera, who worked on a local dairy farm under an alias, has pleaded not guilty. He faces life in prison if convicted.

Under the Iowa Supreme Court’s COVID-19 rules, those inside courtrooms are supposed to be at least six feet apart from others and wear face coverings. Yates said in his ruling that the limited size of the Scott County courtroom did not leave space for members of the public or news media to attend, with the exception of one pool photographer. 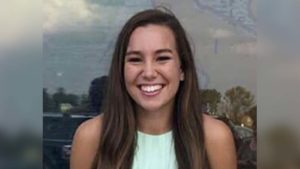 Court TV and the Law and Crime Network have informed court officials of their intent to broadcast a livestream, and local outlets might follow suit. The court is also expected to make the proceedings available for journalists covering the trial remotely on a Zoom feed.

One exception is jury selection, which will take place at the River Center in Davenport to allow extra space for social distancing. Members of the public and media will be allowed to attend but jury selection cannot be broadcast or covered live under Iowa courtroom media rules. Laptops, cell phones and cameras will not be allowed.

Jury selection is expected to last two days, while the trial could go for 10 more.

Media will also not be allowed inside two remote viewing rooms set up inside the courthouse for family members, and will instead be expected to work from a staging area in the parking lot. Reporters are barred from conducting any interviews inside the courthouse under Yates’ order and cannot contact him or his staff directly.