MONTEREY COUNTY, Calif. (KSBY) — Jury questioning was back in session Monday for the dual jury trial of Paul and Ruben Flores.

Last Monday, the selection process was delayed due to a health concern among one of the trial participants.

Paul and his father Ruben are charged in connection with the 1996 murder of Cal Poly student Kristin Smart. 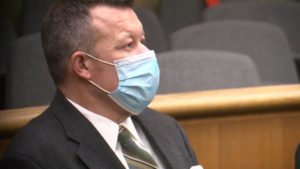 Paul was in court Monday with his lawyer, Robert Sanger, for the second round of juror questioning.

Of the original pool of more than 1,500 potential jurors, roughly 270 remained in Paul’s pool at the start of the day.

The courtroom was packed with potential jurors.

After a one-page questionnaire was handed out to those summoned to pinpoint who had a hardship and aren’t fit to serve on the jury, Monterey County Superior Court Judge Jennifer O’Keefe excused more than 120 jurors in the morning sessions. Others who claimed hardship were asked to return for further questioning in the afternoon.

Several jurors cited religious and personal beliefs on the justice system as reason for their inability to serve.

During the afternoon session, San Luis Obispo County Deputy District Attorney Chris Peuvrelle questioned prospective jurors on whether they would feel any sympathy toward Paul during the trial, among other questions like whether they would be able to take into account possible evidence in the case. 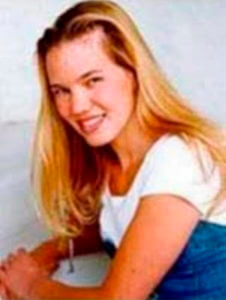 Sanger asked the jury pool whether they would be able to reserve their judgement until the end of the case, citing the prosecution giving opening statements and questioning witnesses first during the trial.

Questioning for Paul’s jury will continue throughout the week until 20 people made up or jurors and alternates have been selected.

The second round of juror questioning for Ruben Flores’ jury could start the week of July 11.

Before last week’s postponement, opening statements were scheduled to begin July 6. A new date has not been given.

This story was originally published June 27 by KSBY in San Luis Obispo, an E.W. Scripps Company.