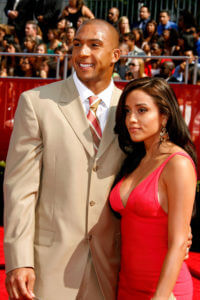 Janelle also requested child support as well as alimony. She cited irreconcilable differences as the basis of divorce.

Kellen Winslow II filed his response on September 6, 2019. He agreed to grant her custody of the children.

Regarding support, he indicated that they had reached an agreement.

A jury convicted Kellen in June 2019 of rape and two counts of lewd conduct involving three separate victims. The jury did not decide the remaining counts. Prosecutors will retry Kellen, 35, on eight criminal counts – kidnapping, two counts of forcible rape, forcible oral copulation, sodomy by use of force, rape of an unconscious person, elder abuse & battery against an elder – in October 2019. 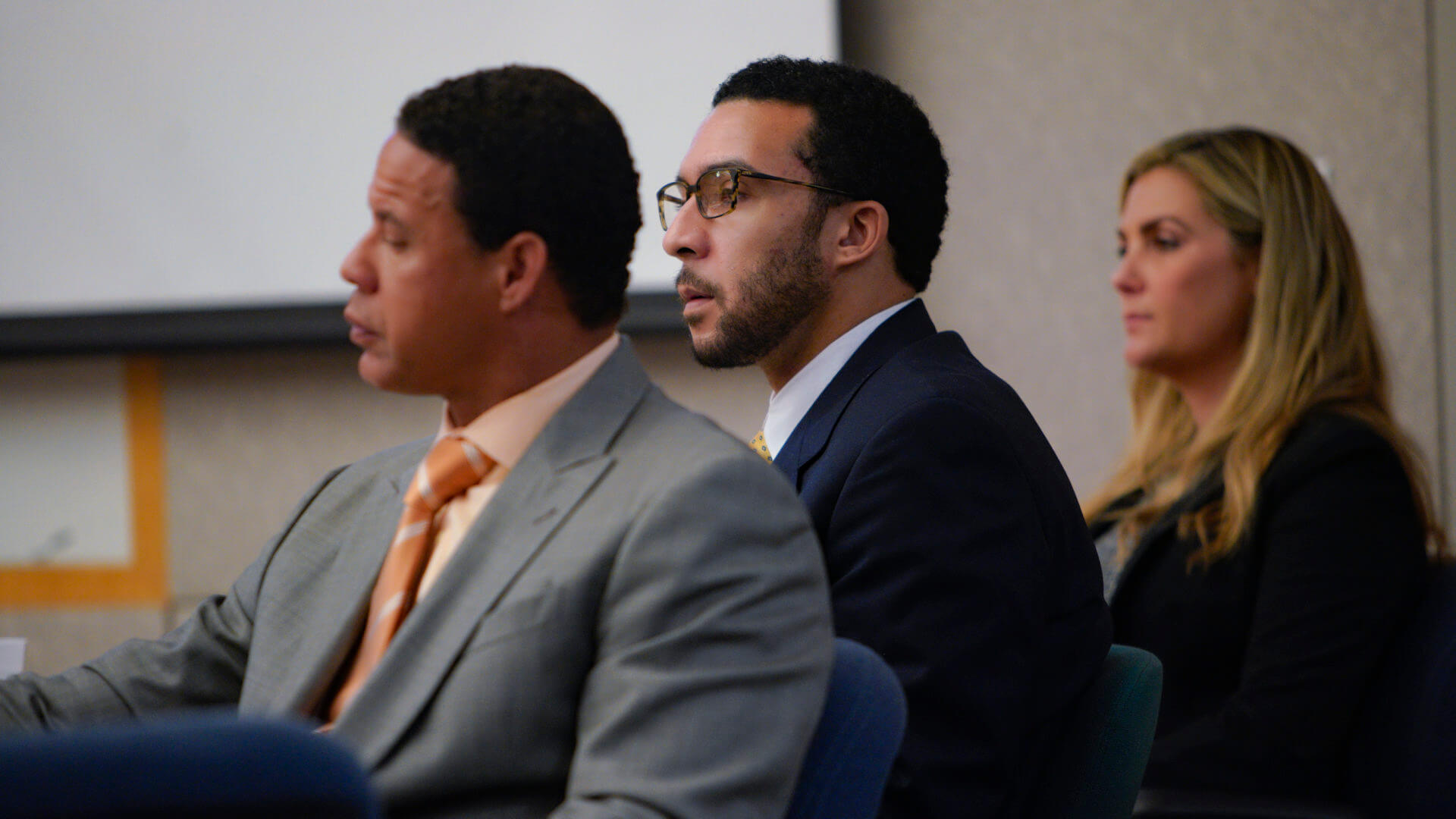 On Tuesday in Superior Court in Vista, Kellen Winslow II (seated in center) sat in court between two of his three attorneys representing him.
MORE NEWS