BREAKING NEWS: The jury has found Kyle Rittenhouse NOT GUILTY of all charges against him.

KENOSHA, Wis. (AP) — The jury at Kyle Rittenhouse’s murder trial returned for a fourth day of deliberations Friday, the morning after the judge raised eyebrows among lawyers when he let a juror take home a copy of the detailed legal instructions he gave to the panel.

Rittenhouse, 18, is on trial for killing two men and wounding a third with a rifle during a turbulent night of protests in Kenosha in the summer of 2020, after a Black man, Jacob Blake, was shot by a white police officer. Rittenhouse said he acted in self-defense, while the prosecution argued he instigated the bloodshed.

As the third day of deliberations ended Thursday, a juror asked Circuit Judge Bruce Schroeder if she could take the jury instructions home, and he said yes. Before deliberations, Schroeder read the jury some 36 pages of explanation of the charges and laws of self-defense. 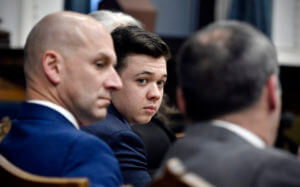 Kyle Rittenhouse, center, looks over to his attorneys as the jury is dismissed for the day during his trial at the Kenosha County Courthouse in Kenosha, Wis., on Thursday, Nov. 18, 2021. (Sean Krajacic/The Kenosha News via AP, Pool)

After the jury departed, Rittenhouse attorney Mark Richards told the judge he feared that letting members take home instructions would lead to jurors looking things up in the dictionary or doing their own research.

Tom Grieve, a Milwaukee lawyer and former prosecutor not involved in the case, called the move “definitely unusual in my experience.”

“The natural issue is that it will precipitate armchair research and table discussion,” he said.

Even as the jury weighed the evidence, two mistrial requests from the defense hung over the case, with the potential to upend the verdict if the panel convicts Rittenhouse. One of those requests asks the judge to go even further and bar prosecutors from retrying him.

Rittenhouse’s lawyers have complained they were given an inferior copy of a potentially crucial video and that the prosecution asked improper questions of the defendant during cross-examination.

Rittenhouse was a 17-year-old former police youth cadet when he went to Kenosha in what he said was an effort to protect property after rioters set fires and ransacked businesses on previous nights.

He shot and killed Joseph Rosenbaum, 36, and Anthony Huber, 26, and wounded Gaige Grosskreutz, now 28. Rittenhouse is white, as were those he shot.

The case has exposed deep divides among Americans over guns, racial injustice, vigilantism and self-defense in the U.S.

Rittenhouse could get life in prison if convicted of the most serious charge against him.

Also Thursday, Schroeder banned MSNBC from the courthouse after police said they briefly detained a man who had followed the jury bus and may have tried to photograph jurors.

NBC News said in a statement that the man was a freelancer who received a citation for a traffic violation that took place near the jury vehicle, and he “never photographed or intended to photograph them.” 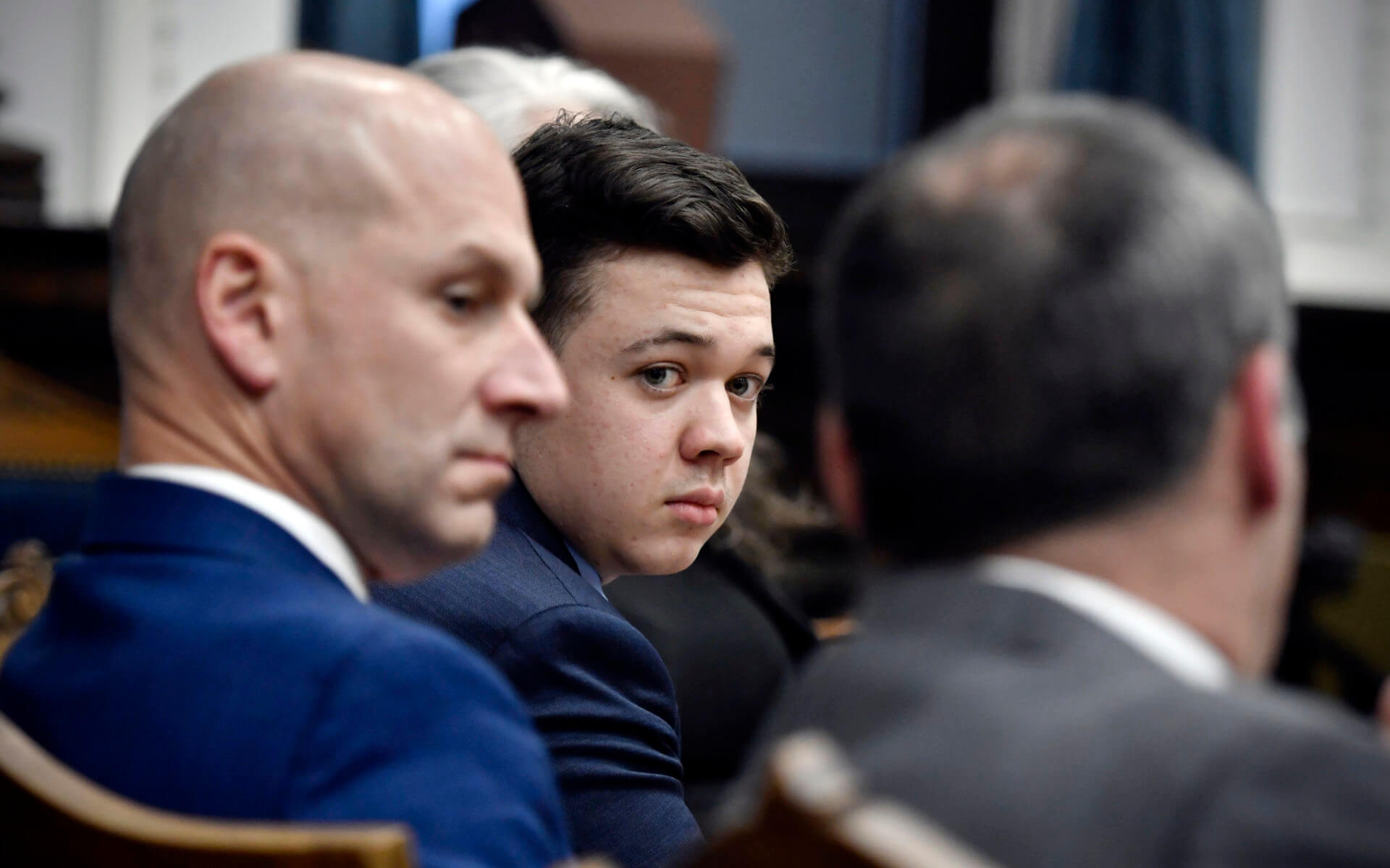 Kyle Rittenhouse, center, looks over to his attorneys as the jury is dismissed for the day during his trial at the Kenosha County Courthouse in Kenosha, Wis., on Thursday, Nov. 18, 2021. (Sean Krajacic/The Kenosha News via AP, Pool)
MORE NEWS