BOISE, Idaho (KIVI) — Lori Vallow is now in custody at Madison County Jail in Rexburg days after being deemed competent to stand trial. 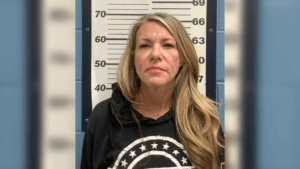 District Judge Steven Boyce determined Vallow is “restored to competency and fit to proceed” and ordered she be transferred from Idaho Department of Health and Welfare on April 11.

An arraignment is set for 1 p.m. April 19 at the Fremont County Courthouse. A trial for both Lori Vallow and Chad Daybell is set to begin in January of 2023 in Ada County. The trial is expected to conclude in March.

This story was originally published April 14 by KIVI in Boise, an E.W. Scripps Company.