“The Los Angeles County Sheriff’s Department, Special Victims Bureau is investigating allegation(s) of domestic violence involving Mr. Brian Warner also known as ‘Marilyn Manson,’ who works in the music industry,” a department statement said. “The incidents occurred between 2009 and 2011 when Mr. Warner lived in the city of West Hollywood.” 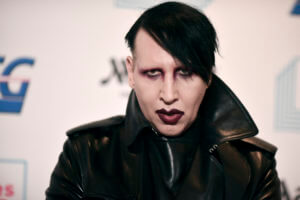 The department, which provides police services to West Hollywood, gave no further details.

Word of the investigation came less than three weeks after actor Evan Rachel Wood publicly accused her ex-fiancé of sexual and other physical abuse, alleging she was “manipulated into submission” during their relationship.

Wood, who stars on HBO’s “Westworld,” had previously spoken about being abused in a relationship but did not name the person until she detailed the allegations on Instagram on Feb. 1.

“The name of my abuser is Brian Warner, also known to the world as Marilyn Manson,” Wood said. “He started grooming me when I was a teenager and horrifically abused me for years.”

“Obviously my art and life have long been magnets for controversy, but these recent claims about me are horrible distortions of reality,” his post said. “My intimate relationships have always been entirely consensual with like-minded partners. Regardless of how — and why — others are now choosing to misrepresent the past, that is the truth.”

He denied the allegations through his attorney at the time.

The Associated Press does not normally name people who say they were victims of sexual assault but named Wood because of her decision to speak out publicly.