GREEN BAY, Wis. (AP) — The attorney for the woman accused of killing and dismembering a man at a Green Bay home has filed a motion to have the defendant evaluated for mental competency. 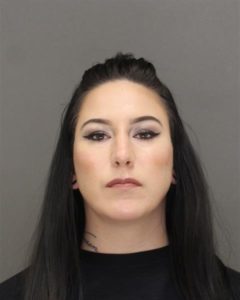 A criminal complaint says 24-year-old Taylor Schabusiness and the victim, Shad Thyrion, were using drugs, including methamphetamine, before Thyrion was strangled Feb. 22. The complaint says Schabusiness sexually abused the 25-year-old victim, dismembered his body and placed body parts in various locations in the home and a vehicle.

In a motion filed Thursday, defense attorney Quinn Jolly asked for the exam to determine of Schabusiness understands the court proceedings and is able to assist with her defense, WLUK-TV reported. Such requests are routinely granted.

The motion does not concern her mental state at the time of the alleged crimes. That issue could be raised later in the case.

Schabusiness is scheduled to return to court March 22 for a balance of initial appearance.