MILWAUKEE (WTMJ) — A Milwaukee man is facing charges for a murder in Indiana in 1991 after prosecutors say he stabbed the victim multiple times in his apartment.

The FBI said in a statement Tuesday that Lake County Superior Court prosecutors charged 50-year-old Quentin Maurice Smith with one count of murder. FBI agents arrested Smith on Tuesday in Milwaukee, where he had been discharged from parole.

Smith is waiting extradition back to Lake County, Indiana.

The FBI’s Gang Response Investigative Team began re-investigating Smith in 2021. Agents re-examined the case file and identified Smith as a suspect based on DNA analysis of evidence found at the scene of the crime.

The FBI says Smith stabbed 35-year-old John Thomas Currie to death in his apartment in Nov. 26, 1991. His family members later found the victim there.

In a search warrant obtained by the I-Team in late February, Smith was currently being supervised by the Wisconsin Department of Corrections for a 2003 armed robbery. As a result of that conviction, Smith’s DNA was obtained.

The search warrant shows, in January of 2021, an Indiana State Patrol laboratory tested blood evidence from the 1991 murder. When the data was entered into the FBI’s Combined DNA Index System (CODIS), it connected to Smith. 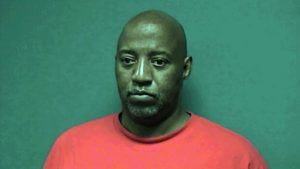 According to the search warrant, Currie was found inside of his apartment, leaving a trail of blood from his car to his living room. Investigators obtained dozens of blood samples from the scene, including eight that traced back to an individual previously unknown male. In October of 2021, according to the search warrant, one of those samples from the unknown male matched with Smith.

GRIT has solved or assisted another agency in solving more than 10 cold cases since 2018, according to the FBI.

This story was originally published June 21 by WTMJ in Milwaukee, an E.W. Scripps Company.