Multiple suspects are in custody related to the investigation, which remains open and ongoing, police say.

The Milwaukee County Medical Examiner’s Office says an autopsy will be performed Friday. 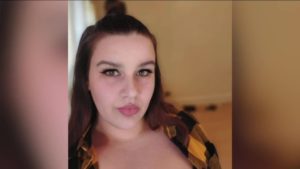 Milwaukee police said in a statement Tuesday that there was reasonable suspicion to believe her disappearance was not voluntary and she could be the victim of foul play.

“Of course we are saddened and heartbroken about our daughter, but on the other hand, we are just as happy that she was located and we’ll be able to bring her home,” Emily’s father, Terry Rogers, said on Thursday. “We’ll have some closure that way.”

On Wednesday, WTMJ learned Rogers recently started working at Saz’s catering. Management says she’s been with them for about a month and half. 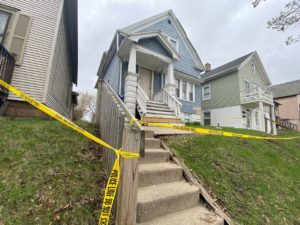 The home where Emily Rogers was last seen on May 2 in Milwaukee. (WTMJ)

Rogers’ mother Amy said her daughter moved to Milwaukee nearly seven months ago to work things out with her daughter’s father. Rogers was a mother to a 15-month-old baby, Katie.

Amy says through social media pinging, police found Katie and her father at his mother’s home. He was taken into custody Sunday night. Police records show he was arrested for a parole violation.

Amy says her daughter called her every day before she went missing.

“Emily would never, ever leave Katie, ever,” Amy said.

Along with the family, locals also canvassed the area and found some success. One person found Rogers’ phone.

“We were just walking past, knocking on doors, looking through bushes, and we looked (and) her phone was right there,” Dashod Crutchfield said.

Police ask anyone with any information regarding Rogers to contact Milwaukee Police at (414) 935-7360 or to remain anonymous, contact Crime Stoppers at (414) 224-Tips or P3 Tips App.

This story was originally published May 5 by WTMJ in Milwaukee, an E.W. Scripps Company.