CLARKSVILLE, Tenn. (WTVF) — A family lived the last 30 years believing their mother may have abandoned them only to find out that she was dead the whole time.

The missing woman — 25-year-old Susan Lund — was connected to a decades-old cold case out of Illinois.

It’s hard to believe that a situation like this could bring so much relief to a family. 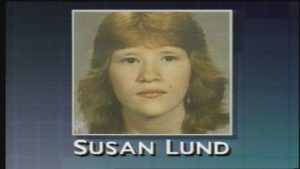 In 1992 on Christmas Eve, Lund left her family’s home in Clarksville, Tenn. to go to the grocery store. She was never seen again.

Lund had three children and a husband who just passed about two years ago.

“It was hard to believe some of the stories that said she ran away,” said Pamela Reyes, Lund’s sister. “We always believed something had happened to her.”

Reyes and another sister, Anne Marie Miley, both said they were shocked to just recently hear their sister was found.

Lund was connected to a gruesome cold case out of Jefferson County, Illinois.

On Jan. 27, 1993, a woman’s head was found along the side of a road in Wayne Fitzgerrell State Park.

Back then, the investigation lead to reconstructions of the woman’s face but didn’t lead to Lund’s family.

Then, in 2021, researchers began testing DNA evidence from the case again.

“When they did DNA, it matched with one of my cousins. That’s how it lead to us,” Reyes said.

It was a huge shock to the family.

It was also a relief — especially for Lund’s kids who never knew what happened to their mother.

Police in Clarksville stopped looking for her seven months after her disappearance. They said they believed she ran off to Alabama.

“They feel better knowing now that their mother didn’t abandon them,” Reyes said. “That’s easier than thinking they’ve been abandoned all these years.”

The situation has caused so many emotions for the family. They know the situation around Lund’s death was terrible.

Reyes and Miley said they’re so grateful to the people who took this on.

The family couldn’t say much, but they hope new details can mean a resolution to the case.

They plan to have a memorial for Lund.

This story was originally published March 11 by WTVF in Nashville, an E.W. Scripps Company.