The boy and Lucero both survived and are listed in “stable” condition, according to the news release. 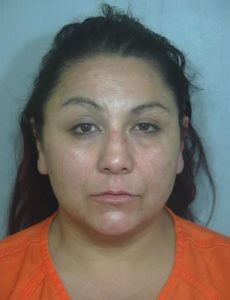 The incident occurred around 5 a.m. Thursday inside a home. Officers were dispatched to the home and were told by dispatchers that the unknown suspect fled the scene, according to police.

When officers arrived, they found the 10-year-old victim and Lucero suffering from multiple stab wounds. They were both transported to the hospital with serious wounds, police said.

Police said upon further investigation, it was revealed “there was no unknown suspect and that it appears Lucero stabbed her child, and then herself.” An arrest warrant was then issued for Lucero on multiple charges including attempted first-degree murder.

Lucero was released from the hospital Sunday and booked into the Weld County Jail. In addition to attempted first-degree murder, the suspect is facing first-degree assault, child abuse resulting in serious bodily injury and felony menacing.

Details of what led up to the alleged attack have not been revealed and are pending the release of an arrest affidavit.

This story was originally published Dec. 20, 2022 by KMGH in Denver, an E.W. Scripps Company.