CLEVELAND (AP) — A mother whose infant son was found dead in her Cleveland home last week with suspected fentanyl in his system has been charged with felony child endangerment. 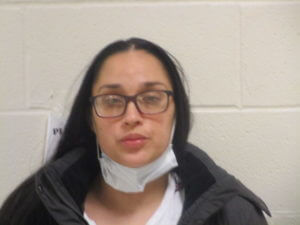 A judge set Casey Bisner’s bail at $50,000 during a court hearing Friday, rejecting prosecutors request for a higher bond. It wasn’t known if she’s retained an attorney, and authorities say she could face more serious charges if an autopsy shows her 15-monthb-old son, Ricardo Johnson, died from an overdose.

The child was found Jan. 14 after Bisner, 37, waved down emergency responders who were headed to an unrelated call and told them her son was unconscious. A preliminary toxicology screening found fentanyl in the infant’s system, but a cause of death has not yet been determined.

Authorities have said Bisner told them she had smoked marijuana on the day her son died, but denied having any fentanyl in her home. A subsequent search found heroin and other “drug-related” items in the residence, according to court records.