NEW YORK (AP) — A health care executive who was convicted of manslaughter for fatally drugging her 8-year-old developmentally disabled son has died by suicide, authorities said.

Gigi Jordan, 62, who was convicted in 2014 of killing her son, Jude Mirra, was found dead on Dec. 30 in her Brooklyn home. The city medical examiner’s office ruled Wednesday that the death was a suicide by asphyxia. 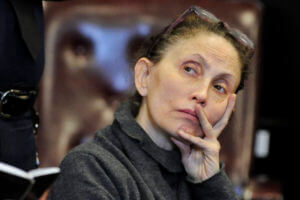 Jordan, a nurse who had made millions as a medical entrepreneur, was charged with murder after her son’s death in a Manhattan hotel room in February 2010. But jurors found her guilty of the lesser charge of manslaughter and sentenced her to 18 years in prison.

Jordan’s lawyers argued that she plunged a lethal dose of medications down Jude’s throat because she believed that one of her ex-husbands wanted to kill her and that her other ex-husband would then abuse Jude sexually. Both men denied Jordan’s claims.

A federal judge ordered a new trial for Jordan in 2020, but that order was reversed on appeal in May 2022.

Released to home confinement as she continued efforts to appeal her conviction, Jordan was found dead the day after U.S. Supreme Court Justice Sonia Sotomayor issued a ruling that would have sent her back to state prison.