LAS VEGAS (AP) — A Nevada man who pleaded guilty in state and federal courts to crimes stemming from the abduction and rape of two teenage girls was sentenced Tuesday to about 15 more years in federal prison and lifetime supervision as a top-tier sex offender.

“I just wish I had more help before this, that’s all,” Jimmy Carter Kim said as he pleaded for leniency from U.S. District Judge Richard Boulware in Las Vegas. 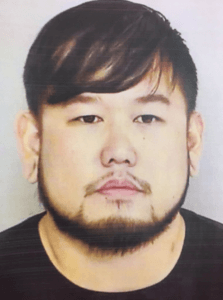 Kim blamed his crimes on the death of his mother, his “dark place” emotional state and the use of drugs that had him “high all the time.”

“I just beg you show me any small amount of mercy,” he said.

Boulware had said he had trouble accepting the complex plea deal that let Kim combine his federal sentence with the 10-to-25 years plus lifetime supervision he received in state court in July.

But the judge finally said he was satisfied Kim would serve approximately “15 years starting from today,” after deducting time he has already served behind bars.

Kim, 32, has been in state and federal custody since his arrest in December 2015.

After prison, he will face a new psychiatric evaluation, federal supervision for 36 more years and a ban on contact with children.

The sentencing brought an end to years of court delays and negotiations that Kim’s deputy federal public defender, Rebecca Levy, and prosecutor Christopher Burton said avoided a trial at which victims would have to testify.
Burton called it “an effort to help (one) victim avoid re-traumatization by having to relive everything that happened to her at the hands of the defendant.”

Kim was arrested after a 14-year-old Arizona girl escaped to a Las Vegas-area convenience store and told police he abducted her near her home; drove her to his father’s home in North Las Vegas; kept her locked for a month in a bedroom; threatened her with a handgun; raped her repeatedly; photographed her in sex acts; and left her with a bucket for a toilet when he was gone.

Kim pleaded guilty in state court to two felony charges of attempted sexual assault with a minor under 16, based on accounts by the Arizona girl and a 15-year-old from Las Vegas who went to Reno before telling police she had also been kept captive for two weeks at a home in North Las Vegas.

State prosecutors dropped 81 other criminal charges including kidnapping, sexual assault, lewdness, sexual battery and use of a minor in producing pornography. Convictions on the most serious charges — kidnapping and sex assault of a minor — could have gotten Kim life in state prison.

His guilty plea in federal court was to one count of sexual exploitation of children. He had also been charged in September 2018 with kidnapping and possession of child pornography.

Kim complained Tuesday that he was the victim of unspecified violence by other inmates. Boulware agreed to ask prison officials to assign him to a facility that specializes in protecting sex offenders.