HUDSON, Ohio (SCRIPPS) — Hudson police believe a cold case murder that stunned the community more than three decades ago could be heating up.

The department is teaming up BCI agents from a state cold case unit and taking a fresh look at evidence that may provide new leads in the 1987 murder of 31-year-old Janice Christensen. 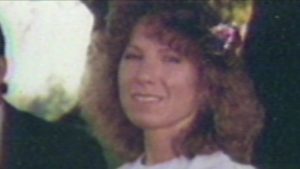 This undated photo shows 31-year-old Janice Christensen, who was murdered in 1987. Her death still remains a cold case. (WEWS)

But when she didn’t come home or meet family for a get-together, her worried husband, Ken, took the family dog on a search for Christensen and found her the next day.

“The dog stopped, and Ken ultimately found his wife deceased on the side of the bike and hike trail,” Campbell said.

Christensen had been raped and stabbed repeatedly. Her keys and car were stolen. The vehicle was located a few days later in Bedford.

The brutal killing stunned the victim’s neighbors and people who lived near the path.

That same year, police released a sketch of a man wanted for a rape that occurred in Cuyahoga Falls. That case also remains unsolved and Campbell said it’s possible the same man is also responsible for killing Janice.

“We haven’t ruled out any suspects,” he said.

Campbell believes major progress after all these years is possible with the combined efforts of local police and state agents.

“We have a lot of suspects, and we’re hoping that with the advancements in technology, we can narrow down that pool of suspects,” Campbell said.

Hudson police have turned over every piece of possible evidence to a cold case unit created last year by the Ohio Attorney General’s Office.

Lindsay Mussell, the lead BCI agent on the case, said in addition to possible DNA evidence, crime scene fingerprints are being re-examined.

“I do believe there’s good evidence in this case, yes. I believe any case that is being reviewed has potential to produce a new lead, Mussell said.

The killing is the first Summit County case to be investigated by the state’s cold case unit.

“Pursuing justice is always time well spent whether how much time has passed, it doesn’t matter,” Mussell said.

While investigators continue to search for new leads, they’re also urging the public to come forward with any possible information on the nearly 34-year-old murder.

“Maybe there’s gonna be that one person that goes, ‘Man, this just doesn’t feel right. There’s something I remember.’ And maybe can give us that extra lead.”

Campbell said all it would take is the right lead to finally get justice for Janice.

“We don’t want it to fade out of people’s memories and every day it gets a little bit further away from when Janice was killed.”

This story was originally published April 28, 2021, by Bob Jones of WEWS in Cleveland.