DENVER (KMGH) — An online petition with more than 2,000 signatures is asking for Gov. Jared Polis to step in and move the JonBenét Ramsey case from the Boulder Police Department to a new agency.

The killing of 6-year-old JonBenét Ramsey captured worldwide attention after her body was found on Dec. 26, 1996 in her Boulder home. Her parents initially called police reporting her missing after finding a ransom note that morning.

The change.org petition, filed by a group called Justice for JonBenét Ramsey, calls on Polis to have the case moved from the Boulder Police Department — the agency responsible for investigating the case since it happened 25 years ago — to another investigating agency to look into new DNA technology. The petition cites examples like the arrest of the Golden State Killer and other recently solved cold cases using genetic genealogy.

“JonBenét Ramsey deserves justice, and new advances in DNA technology finally make that possible. Colorado Gov. Jared Polis, you are the only person with enough power and independence in the state to put Ramsey DNA testing decisions in the hands of a new agency that’s free from Boulder’s significant history with the case,” the petition says.

In a news release, the Boulder Police department said it’s “never wavered in its pursuit to bring justice to everyone affected by the murder of this little girl.”

The department said detectives have followed up on every lead it’s received since the 1996 murder, including more than 21,016 tips, letters and emails and by traveling to 19 states to interview or speak with more than 1,000 individuals in connection to the crime. The department also had a meeting in March with federal, state and local agencies to work on the case in consultation with DNA experts from around the country.

“We have a shared goal to bring justice — and hopefully some peace — to JonBenét’s family and everyone who was impacted by her loss,” Police Chief Maris Herold said. “Our investigation with federal, state and local partners has never stopped. That includes new ways to use DNA technology. We’ve always used state of the art technology as it has been at the forefront of this investigation. Every time the DNA technology changed, we worked to make sure the evidence could be tested. This investigation has always been and will continue to be a priority for the Boulder Police Department.” 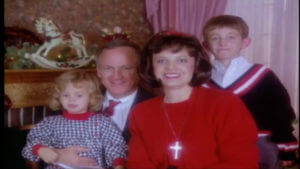 Mitch Morrissey is the former district attorney of Denver who was tapped to handle the DNA issues with the case 18 months after it happened. He’s since co-founded United Data Connect, which has solved nearly a dozen cases in Colorado using genetic genealogy, but even he says the new technology has its issues, particularly when there is a mixture of DNA like in this case.

“This is a new technique — it’s only been around for a few years — so it will advance, and as it advances, it may be better at sorting out mixtures. But currently, mixtures is a major problem in using DNA and sequencing DNA and sorting out the different people’s sequences,” Morrissey said.

Morrissey said another issue in the case is that there is a limited amount of DNA that was collected from the crime scene, and the department has to be cautious in how it tests it.

“They only have so much DNA, and they can’t afford to waste it,” Morrissey said. “If a new technique comes up in five years and they’ve used up all this DNA, then they’ve got a major problem. So, the fact that they are moving slowly and cautiously, I think, is extremely important.”

A spokesperson from the governor’s office confirmed the state has been made aware of the petition and that it’s looking into how the state can assist in using new technology to move the investigation forward to identify the killer.

“The murder of JonBenet Ramsey has left a long, terrible trail of heartbreak and unanswered questions, Boulder County District Attorney Michael Dougherty said. “If evidence leads to an arrest, the DA’s Office will work tirelessly to secure justice for the victim, closure for loved ones and answers for our community.”

This story was originally published May 2 by KMGH in Denver, an E.W. Scripps Company.