RIVERSIDE, Calif. (AP) — A Virginia sheriff’s deputy posed as a 17-year-old boy online and asked a teenage California girl for nude photos before he drove across the country and killed her mother and grandparents and set fire to their home, authorities said Wednesday. 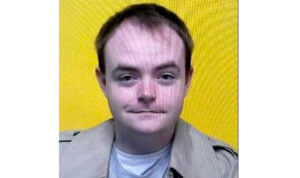 Austin Lee Edwards, 28, died by suicide Friday during a shootout with San Bernardino sheriff’s deputies. The 15-year-old girl from Riverside, California, was rescued and is in counseling for trauma, family members and police said at a news conference Wednesday.

Edwards, a resident of North Chesterfield, Virginia, appears to have posed as a teenager online to engage in a romantic relationship with the girl and obtain her personal information by deceiving her with a false identity, known as “catfishing,” police said.

Authorities did not provide additional details about their communications and said they still need to comb through online accounts. Officials are looking into whether he victimized other minors across the country.

It’s also unclear whether this was the girl’s first in-person encounter with Edwards or whether she was aware that he was coming to California, officials said.

Riverside Police Chief Larry Gonzalez said that because of the girl’s young age and trauma it will take time to complete their interviews with her and get answers to the many questions surrounding the case, such as whether she was coerced or threatened into leaving with him.

“We don’t believe at this point she had anything to do with the murders,” he said.

At some point, Edwards asked the girl for sexual photos and she stopped communicating with him, Gonzalez said, but detectives don’t yet know when that happened or whether Edwards killed her family in retaliation. 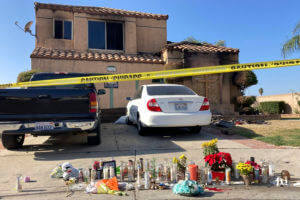 Dozens of candles are laid on the sidewalk, along with bouquets of flowers and stuffed animals outside of a charred home in Riverside, Calif., Wednesday, Nov. 30, 2022. Authorities believe a suspect parked his vehicle in a neighbor’s driveway, walked to the home and killed the family members before leaving with a a teenage girl on Friday. Officials have not yet determined how the victims were killed or how the fire was set. The teenager was unharmed. (AP Photo/Amy Taxin)

Authorities believe Edwards parked his vehicle in a neighbor’s driveway, walked to the home and killed the family members before leaving with the girl on Friday. Officials have not yet determined how he entered the home, killed the victims or set the fire.

The bodies found in the Riverside home — about 50 miles (80 kilometers) southeast of downtown Los Angeles in a suburban neighborhood of single-family homes where the loud rush of freeway traffic can be heard — were identified as the girl’s grandparents and mother: Mark Winek, 69; Sharie Winek, 65; and their 38-year-old daughter, Brooke Winek.

“Nobody could imagine this crime happening to my family, to our family,” said Michelle Blandin, Mark and Sharie’s daughter and Brooke’s sister.

A tearful Blandin said her parents and sister “lived and loved selflessly.” The killing of Brooke, a single parent, means that her daughters — the 15-year-old girl and her 13-year-old sister — are now motherless, Blandin said.

A front window of the charred home in the Riverside cul-de-sac was boarded up Wednesday with a wooden cross. Dozens of candles had been laid on the sidewalk, along with bouquets of flowers and stuffed animals.

Edwards is a former Virginia state trooper and was a sheriff’s deputy in Washington County, Virginia, at the time of the killings. The law enforcement agencies there said he did not show any concerning behaviors and no other employers disclosed any issues during background checks. Virginia State Police are conducting an internal review of his hiring process and tenure there.

Gonzalez called it “disgusting really” to see someone in law enforcement involved in such heinous crimes and wondered how he had been hired at two Virginia agencies.

Police are also looking into whether Edwards used his law enforcement weapon or government-issued laptop in the crimes.

A neighbor on Friday called police to report Edwards’ red Kia Soul as a suspicious car and said the girl appeared to be in distress and involved in a disturbance with a man, Gonzalez said. 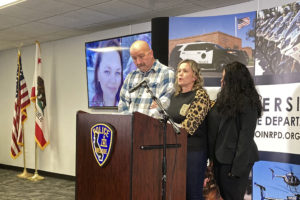 Michelle Blandin, center, daughter of Mark and Sharie Winek, speaks about her parents and sister, Brooke, who were killed during a news conference in Riverside, Calif., Wednesday, Nov. 30, 2022. Authorities are investigating whether a Virginia sheriff’s deputy posed as a 17-year-old boy online to groom and sexually extort a teenage girl in California before driving across country and killing her mother and grandparents and setting fire to their home. “Nobody could imagine this crime happening to my family, to our family,” said Blandin. (AP Photo/Amy Taxin)

Police were able to run the vehicle’s license plate and discovered that Edwards had filed a police report earlier this year regarding vandalism to the Kia, the chief said. The police report had Edwards’ cellphone number in it, which allowed investigators to ping his phone and quickly locate him in Southern California.

He got into a gun battle with San Bernardino sheriff’s deputies and died by a self-inflicted gunshot wound, the coroner’s office said Wednesday.

Blandin said she last saw her parents and sister on Thanksgiving, the day before they were slain.

“We had a family debate, and it got heated, on if the brownies my mom made should be frosted with sprinkles or just left plain,” she said. “Little did I know, on that day, that would be the last time that my husband and I would see my parents and my sister again.”

Blandin begged parents and guardians to use her family’s tragedy to start conversations about internet safety.

“When you are talking to your children about the dangers of their online actions, please use us as a reference,” she said. “Tell our story to help your parenting. Not out of fear, but out of an example of something that did happen.” 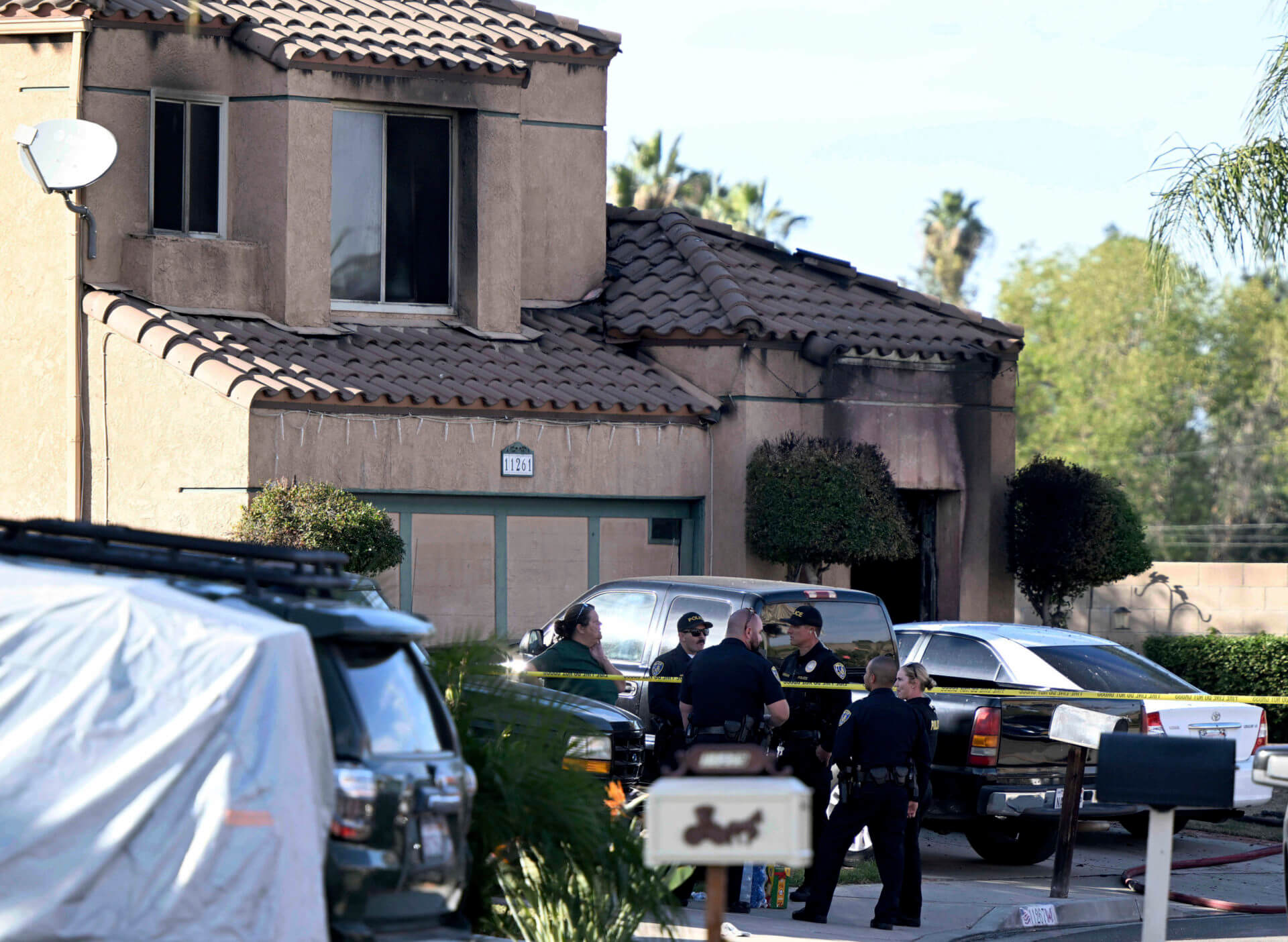 Firefighters and Riverside Police gather outside a burned home in Riverside, Calif., on Friday, Nov. 25, 2022 following a house fire. Three bodies were found in the house which police are investigating as a homicide. (Will Lester/Inland Valley Daily Bulletin/SCNG via AP)
MORE NEWS