FREDERICK, Md. — After 16 years of investigation, police believe they have found the man responsible for dumping a young woman’s body by a Frederick County, Maryland rest stop.

Maryland State Police detectives got their big break in August after investigators in Kent County, Michigan arrested 64-year-old Garry Artman for the murder of another woman there in 1996. 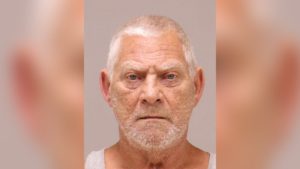 Artman’s DNA happened to be recovered from each case in both states.

In Maryland, the victim was identified as Dusty Myriah Shuck, 24, of Silver City, New Mexico.

She was last seen in 2006 at a New Mexico hotel, before turning up dead on the side of I-70 in New Market days later. The Medical Examiner ruled her death homicide by stabbing.

With no cameras or witnesses in the area, police had little to go on besides two dragon tattoos on the victim’s back, with “Gypsy Rose” written beneath them.

Two more years passed by until a search of the Combined DNA Index System (CODIS) came up with a DNA match between an unsolved 1996 murder in Michigan and another in Maryland that occurred a decade later.

There still was one problem, no profile yet that matched the DNA.

That was until this past August, when Michigan detectives arrested Artman in Mississippi.

They got a warrant to collect his DNA which later matched the profile linked to both unsolved murders.

On August 31, 2022, investigators also found pieces of women’s underwear during a search of a Florida storage unit, believed to belong to Artman.

That evidence is now undergoing forensic analysis to determine if there are anymore potential victims. It’s unclear right now what, if any connection Artman had to both victims.

Artman continues to be held in Michigan, where Maryland State Police detectives continue to work on their case as well.

This story was originally published Sept. 19, 2022 by WMAR in Baltimore, an E.W. Scripps Company.