CONWAY, S.C. (AP) — A woman accused of giving birth and then leaving her infant to die beside a South Carolina highway has been arrested more than a decade after the child was found dead. 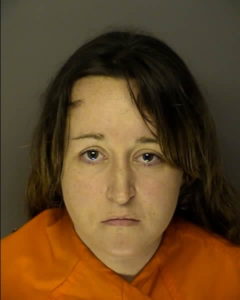 Jennifer Sahr, 32, of Pensacola, Florida, was expected in court Wednesday for a bond hearing in the death of the infant who became known as Baby Boy Horry, news outlets reported.

Sahr, formerly Jennifer Rickel, faces a homicide by child abuse charge in the death of the infant.

Authorities said at the time that utility workers found the baby’s body in a bag thrown into a ditch beside a route in Horry County on Dec. 4, 2008. The infant was viable and would have survived with proper care, according to officials.

Sahr was a student at Coastal Carolina University at the time. She graduated from the school in December 2010, according to news outlets.

The arrest came just hours after police announced that the State Law Enforcement Agency had determined Sahr was the biological mother of the infant, based on scientific evidence.

Sahr was with her husband and two small children in North Myrtle Beach when she was arrested, her attorney Greg McCollum told news outlets.

“She is presumed innocent and people should not get out their pitchforks at this point,” McCollum said. “A lot of times these cases are highly emotional.”