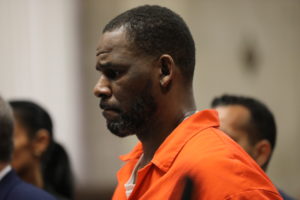 It is undetermined whether the judge overseeing Kelly’s federal case in Chicago will move his October 13 trial date.

The trial in Chicago on the state charges has been continued.

Finally, the federal judge in New York questioned Kelly’s attorneys regarding the emergency motion for bond. According to Steve Greenberg, they filed the motion as a courtesy since there is a pending arraignment hearing for Kelly. The judge said it is up to the Illinois federal judge to decide whether to grant Kelly bond since he is housed in Chicago.