Scott Peterson is not getting a new trial, and that news came down just days before a somber anniversary — Christmas Eve will mark 20 years to the day Peterson’s pregnant wife, Laci Peterson, went missing.

Laci, 27, was due to deliver a baby boy in February 2003. The couple had planned to name him Conner.

In April 2003, Laci and Conner’s bodies washed up on the shore of San Francisco Bay. At trial, prosecutors argued that Scott, who was 32 at the time, killed Laci in the couple’s Modesto, California home late on December 23 or early on December 24 and then dumped her body off his fishing boat.

The exact time, location and cause of Laci’s death have never been determined. No forensic evidence of murder was found at the house, but circumstantial evidence led prosecutors to suggest strangulation. 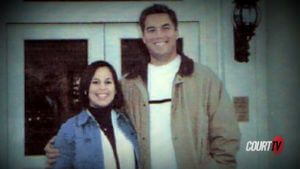 Scott was convicted on two counts of first-degree murder at his 2004 trial; and during the penalty phase, the jury sentenced him to death. Scott’s death sentence was overturned by the California Supreme Court in August of 2020. Two months later, the state court ordered the lower court to review allegations of juror misconduct.

Over the years, Peterson has maintained his innocence and never wavered from his account of what happened on Christmas Eve 2002: He took his new fishing boat out to the Berkeley Marina and when he returned home, Laci was gone.

The road to a potential retrial

In July 2012, Peterson attorney Cliff Gardner filed a lengthy appeal on his client’s behalf. Gardner argued that a slew of mistakes robbed Peterson of a fair trial, including intense publicity surrounding the case and incorrect evidentiary rulings.

In a habeus corpus petition filed in November 2015, Peterson’s defense team made the claim about juror Richelle Nice having lied on her jury application. They also stated that there was evidence that the Peterson’s neighbors saw Laci alive after Scott had left the house on Christmas Eve morning.

The State responded in August 2017, contending that the evidence that Scott killed Laci was “overwhelming,” and that the alleged Laci sightings could not be confirmed.

Scott’s defense filed another reply one year later, this time claiming deficient performance by defense attorney Mark Geragos, who represented Peterson at trial. The defense claimed Geragos didn’t properly address evidence regarding a burglary that occurred across the street from the Peterson home, and that he failed to call witnesses to the stand that could have spoken to subject matter such as movement of bodies in water and fetal growth.

Peterson, who is now 50 years old, was housed at San Quentin State Prison for over 18 years until he was transferred to Mule Creek State Prison when he was moved off death row. He is now serving a sentence of life without parole. 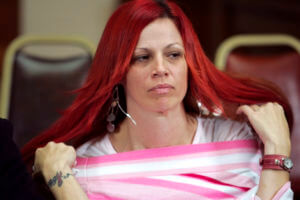 The reason a new trial was even a possibility was because of alleged juror misconduct.

The juror misconduct refers to juror Richelle Nice, who was alleged to have been a stealth juror who lied about being the victim of a crime to get picked to serve on the panel because she was determined to convict Scott.

Laci Peterson would be 47 if she were alive today. Conner would be approaching 20. With two decades passed, it’s worth looking back at the circumstances of the crime and some long-forgotten details. 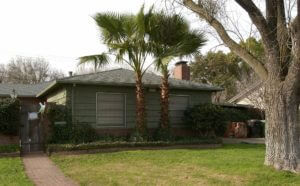 In the ensuing days, search parties focused on the Peterson’s neighborhood and nearby East La Loma Park – places near and around her dog-walking route. On December 30, 2002, the search expanded to Berkeley Marina.

On January 16, 2003, Modesto Police met with Laci’s family and told them that Scott had been having an affair with a woman named Amber Frey. Frey, a massage therapist from Fresno, was set up with Scott by a friend in November 2002.

Frey, 28, went public on January 24, 2003. At a press conference, she announced that she had entered in a romantic relationship with Scott believing he was unmarried. She fully cooperated with police and later served as a witness for the prosecution at Scott’s trial.

In the meantime, a tip line was set up. Approximately 20 people called to report that they’d seen someone matching Laci’s description — or that they knew for certain that they saw Laci walking a dog.

The streets where Laci was allegedly spotted form a coherent route for walking McKenzie. The reports from these individuals show that detectives may have ignored some potential evidence.

Several unrelated witnesses reported spotting Laci within a one-mile radius of the Peterson home on December 24. If the sightings were legitimate, they would go against the prosecution’s theory that Scott killed Laci on December 23 and make it more likely that Laci was alive on the morning of the 24th after Scott had left to go fishing.

In the podcast “Rabia and Ellyn Solve the Case,” hosts Rabia Chaudry and Ellyn Marsh talk about four independent witnesses who didn’t know each other and who were not called to testify at trial:

Questions remain as to why the Harshmans didn’t follow the van or get a license plate number. 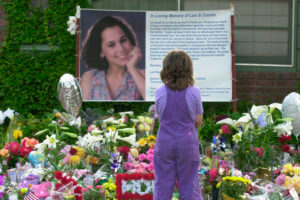 FILE – In this April 21, 2003 photo, Sarah Kellison stands in front of a memorial in honor of Laci Peterson outside the house Laci shared with her husband Scott Peterson in Modesto, Calif. Peterson’s chance for a new trial in the murders of his pregnant wife and unborn son 20 years ago hinges on whether a California juror who helped send him to prison in 2004 amid worldwide publicity was biased because she was a domestic violence victim. (AP Photo/Marcio Jose Sanchez, File)

When Laci and Conner’s bodies were discovered on April 13, 2003, there was debate among expert witnesses over Conner’s gestational age.

If true, this would mean that he could not have died on the 23rd or 24th and that he lived for three more weeks. This possible scenario begged the question: Did Conner die in utero or was he actually born? Investigators never totally ruled out the possibility of a live birth.

Rabia and Ellyn proposed a theory that others have suggested: That Laci was killed shortly before the bodies were found; and that the killer(s) dumped her in the bay to frame Scott.

Laci’s body was found on the shore the day after Conner’s was discovered. Her remains consisted of a torso, arms that were missing the elbow down, one leg missing from the knee down, and a foot missing on the other leg. Her head was never found, and all her organs were missing except for part of her uterus.

Rabia and Ellyn reintroduced a few more largely forgotten bits of information, suggesting that body parts don’t just fall off, even in the water. They wondered if Laci’s killer(s) might have cut up her body or even trafficked her organs.

Another incident that arguably did not get the attention it deserved was a burglary that took place at the home of the Medinas, who lived across the street from the Petersons.

The Medinas were supposed to be away from December 24-26, 2002. Two men were arrested on January 2, 2003. The burglars immediately told police they had nothing to do with Laci’s disappearance.

They insisted they robbed the Medina home on December 26. However, by Christmas Day, the street was already a media circus, meaning the burglary could only have occurred on the 24th.

Nevertheless, police believed the burglars when they said they robbed the Medinas on December 26 and cleared them as possible suspects in Laci’s disappearance. Rabia and Ellyn brought up another possibility; a scenario also explored in the six-part A&E documentary “The Murder of Laci Peterson” – could the burglars have been the guys in the van that the Harshmans saw on Christmas Eve? Did Laci perhaps witness the burglary-in-progress and confront them?

Peterson’s current defense attorney, Pat Harris, has stated that his team can prove Laci was killed by the burglars who were in the Peterson’s neighborhood. 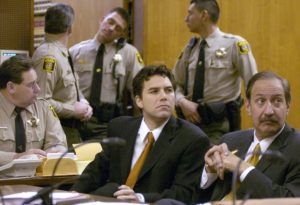 Scott Peterson, left, sits with his attorney Mark Geragos, right, during arraignment proceedings in Stanislaus Superior Court in Modesto, Calif., Wednesday morning, Dec. 3, 2003. Peterson pleaded innocent to two counts of murder in the death of his wife, Laci Peterson, and their unborn son. A trial date was set for Jan. 26. (AP Photo/Bart Ah You, Pool)

On January 2, 2003, Steven Todd and Donald Pearce were arrested for burglarizing the home of Rudy and Susan Medina, which was located diagonally across the street from the Petersons, right around the time Laci disappeared. Peterson’s defense team has argued that police zeroed in on Scott when at the very least they should have further explored the circumstances of the burglary.

In late January 2003, a lieutenant who worked in the Investigations Unit at the California Rehabilitation Institute near Los Angeles called Modesto Police to notify them about a telephone call that had been recorded between an inmate, Shawn Tenbrink and his brother, Adam Tenbrink.

Lt. Aponte relayed his memory on that information in separate statements to the prosecution and defense. He told the defense that the brothers were discussing the fact that Laci was missing, and Adam mentioned something about Laci walking up while Steven Todd was robbing the Medinas and that Todd had verbally threatened Laci.

Lt. Aponte told the prosecution that he listened to the recording of the phone call between the brothers, and one of the brothers mentioned that Laci had seen Todd and others burglarizing a home in the neighborhood. 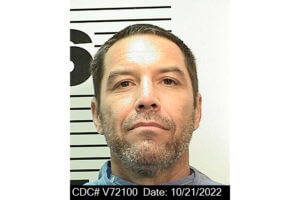 Lt. Aponte recalled setting up a meeting between Shawn and a Modesto Police detective, in which Shawn spoke to the detective over the phone from Lt. Aponte’s office. Lt. Aponte recalled that Shawn was nervous, denied knowing Steve Todd, and denied having ever had a phone conversation with his brother about Laci.

Ultimately, Lt. Aponte’s tip was one tens of thousands of tips that the Modesto Police received and arguably didn’t get the attention it deserved. In addition, the tape of the brothers’ conversation no longer exists. Scott’s defense team included a signed statement by Lt. Aponte in their 2005 motion for a new trial, which the judge denied.

In the end, the prosecution argued that Scott killed Laci because he yearned to be single and never wanted kids in the first place. The jury was convinced he was the killer. As of today, Scott has been in prison for nearly two decades.

Ultimately, Judge Anne-Christine Massullo decided that the issue of juror misconduct does not merit a retrial. Scott can appeal the decision, but for now it appears that he will almost certainly die behind bars. 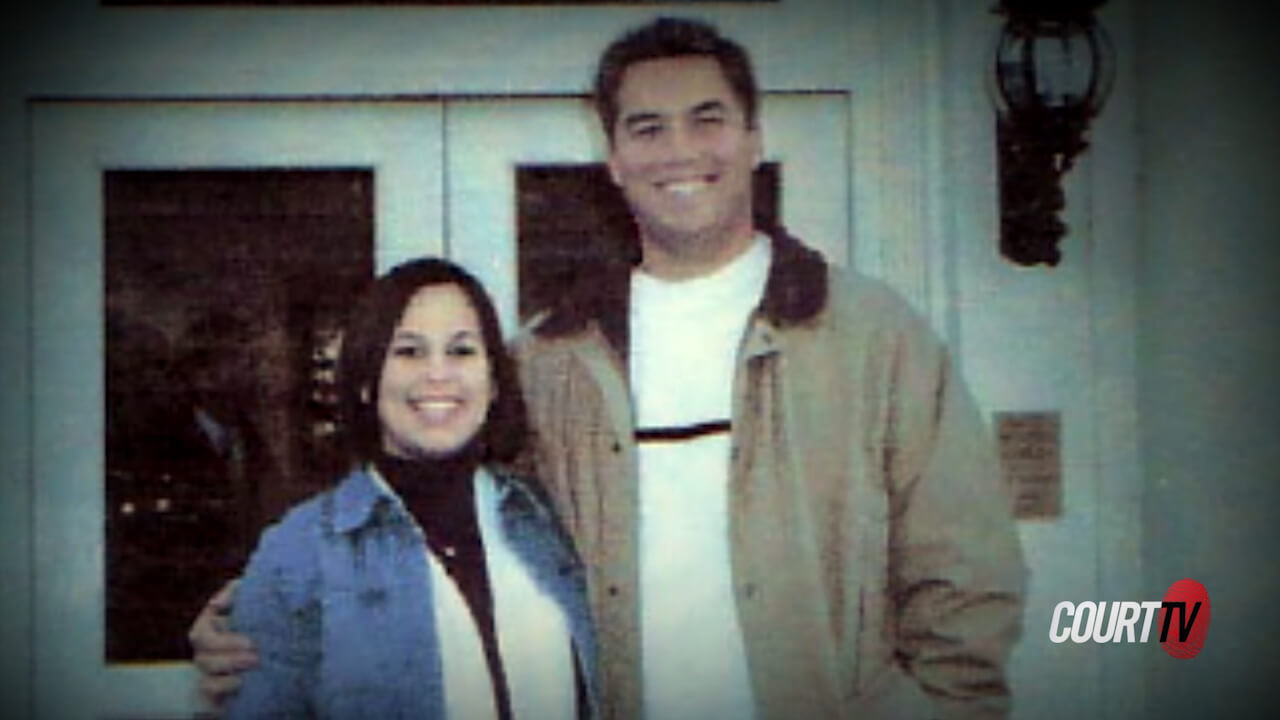