“We are optimistic that the issue before the court will result in Scott getting a new trial,” said Janey Peterson, Scott Peterson’s sister-in-law.

La Jolla 2003. His hair dyed blond, Scott Peterson was arrested in front of Torrey Pines Golf course in the disappearance of his wife Laci Peterson, who was eight months pregnant.

The body of Laci was discovered days before, along San Francisco Bay. The disappearance and murder trial captured national headlines. 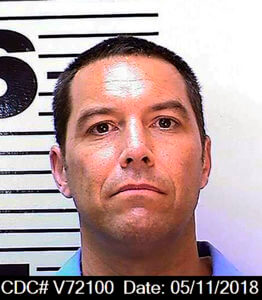 Peterson was found guilty of murder and sentenced to death. More than 15 years later, the California Supreme Court in August overturned the death sentence over jury selection issues, setting the stage for a retrial in the sentencing phase.

The trial court was also ordered to look at whether the verdict should be set aside, because a juror didn’t disclose her involvement in legal proceedings.

If Peterson does get a new trial, supporters say they’ll put forth new evidence.

“This is evidence that had been discussed around the time of trial, but defense would say they have better proof of it now,” said Dan Abrams, ABC News chief legal correspondent.

That evidence includes eyewitnesses who claimed to have seen Laci after she disappeared.

Another piece of evidence centers around a burglary across the street from the Peterson home on the same day Laci disappeared.

“On that phone call, which was recorded, it talked about Laci confronting the burglars. The Modesto Police never followed up on that tip and that recording has since disappeared,” said Janey Peterson.

Detectives have said they interviewed those burglars and dismissed them as suspects.

This story was originally published May 14, 2021, by Michael Chen of KGTV in San Diego.