CHESTERFIELD COUNTY, Va. (WTVR) — Vinny Ferraiolo was a science teacher at Thomas Dale High School. He was well known in Central Virginia and beloved by students at the high school in Chester, Virginia.

Known as the reptile guy, Ferraiolo had swagger. He was in the community. 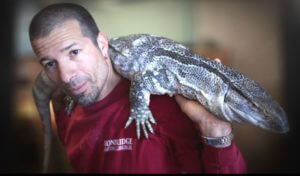 On January 3, 2014, Vinny Ferraiolo was found hanging by a rope inside his exotic pet shop. (WTVR)

Thomas Dale students would often patronize his store because Ferriaiolo would let them interact with the reptiles, especially his snake collection.

Ferraiolo was also known to be a devoted father.

On January 3, 2014, he was found hanging by a rope inside his exotic pet shop.

Years after his death, his only daughter contacted CBS 6 Crime Insider Jon Burkett to help her get answers about her father’s death.

The Reopen the Case Foundation teamed up with Burkett and made Ferraiolo’s case a priority.

At first, it was ruled as a suicide, but about six months later, the Medical Examiner released a death certificate that contradicted that conclusion.

“I was 11 years old; my mom came home and soon followed everybody else in my family. She brought us all into the like living room. And we just knew right away, something was really off. My mom grabbed my hands and knelt down in front of me. All she said was daddy died. I just kind of like froze. I didn’t even know how to react,” Faith Ferraiolo, Vinny’s daughter, said. 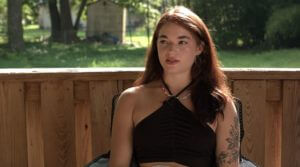 “Actually, I just kind of went upstairs and cried in my room. And I didn’t really want anyone to follow me. I just needed to be alone, because I didn’t know and know what to do with myself.”

Now, on the nine-year anniversary, Chesterfield County Police Cold Case Detectives have pledged to take another look at the case and, as of right now, it’s being treated as a homicide investigation.

“We have built, I think a good relationship with the medical examiner’s office. We’ve worked closely with them on other cases. So, I think meeting with the medical examiner’s office will be instrumental for us to really learn what they believe happened and why they came to the conclusion that they did,” Kevin Helton, a cold case detective with Chesterfield County Police, said. “I know they’re of the same mindset of they’ll listen to the evidence that we have at this time. And then hopefully, be able to draw some sort of conclusion of what really happened.” 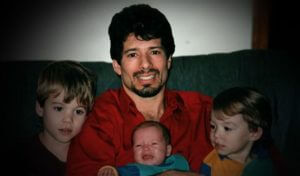 Vinny Ferraiolo is pictured with his family. (WTVR)

“He would still be here if it wasn’t for whoever. Whatever happened to him, whoever took him from us and uprooted our lives. He would still be my best friend. I just miss my dad,” Faith Ferraiolo said. “He called me bunny. The fact that he’s not going to be able to walk me down the aisle or if I have kids and that he’s just not here is heartbreaking. He didn’t get to be here because someone didn’t give him a chance. He loved us more than anything in the entire world. He would want to be here for all this, for me, my family, my brothers, my mom. This is probably one of the scariest things I’ve ever done in my life. But, I am doing it for my dad.”

Detectives have reclassified Vinny Ferraiolo’s case as a homicide and pledged a full review of all evidence in the case.

If you have information about what happened to the popular science teacher, contact Reopen the Case Foundation at 833 RCTFNVA or tips@reopenthecase.org. You can also reach Detective Helton at 804-748-1251.

This story was originally published Jan. 3, 2023 by WTVR in Richmond, Virginia, an E.W. Scripps Company.