It’s taken several years to bring the case to trial, but a preliminary hearing for Lynlee Renick is set for Monday, June 15. 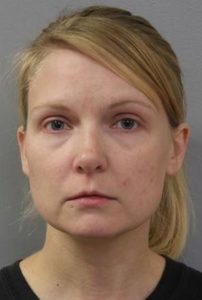 Michael Humphrey, Lynlee’s ex-boyfriend, also faces charges in connection with Benjamin Renick’s death. Both have been charged with first-degree murder and armed criminal action, although Lynlee has admitted to being the one who fired the gun.

According to police, Ben was the victim of multiple gunshot wounds with one being a contact wound to the head. Ben was 29-years-old at the time of his death.

In an exclusive interview with Court TV, the victim’s brother Sam Renick said there were “tons” of red flags regarding Lynlee.

“It was a trifecta,” said Sam. “I had just put the farm in Ben’s hands, he’d just taken out a $1 million life insurance policy, and he’d just sold the majority of his snakes to a major buyer. It was apparent to a lot of people, not just myself, that something was wrong.”

Sam believes Lynlee was motivated by greed, explaining to Court TV that Lynlee’s spa business was on the brink of failure and that Ben had discovered Lynlee was having multiple affairs. According to Sam, she feared losing out on the family’s large fortune. She also reportedly didn’t want Ben to take the couple’s two children away from her.

According to Sam, after Ben’s death, the family’s land went to Lynlee, who quickly kicked Sam and his family off the premises.

Sam also said Lynlee had accepted approximately $40,000 in donations from people in the reptile community even though she did not need it.