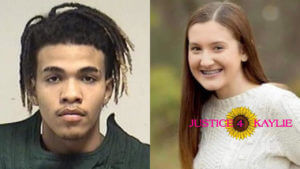 KENOSHA COUNTY, Wis. (Court TV) — A Wisconsin teen accused of gunning down his ex-girlfriend and then trying to kill the girl’s mother is facing life in prison.

The trial of now-17-year-old Martice Fuller will begin November 2. Court TV will carry the proceedings live. Fuller is facing multiple charges, including first-degree intentional homicide after prosecutors claim he fatally shot 15-year-old Kaylie Juga on May 9, 2019. Her mother, Stephanie Juga, was also seriously injured when Fuller allegedly broke into their home and attacked them. Stephanie told investigators she found Fuller in Kaylie’s bedroom after hearing a “blood-curdling scream” from her daughter followed by a bang and another scream. She then told Fuller, “You don’t have to do this,” to which he responded, “Yes, I have to” before shooting her.

According to prosecutors, Fuller planned the murder weeks in advance and even asked a friend to help him kill Kaylie. Fuller reportedly said he wanted to kill his ex-girlfriend after she “ruined his life.” Their relationship had allegedly turned violent when Kaylie broke up with Fuller months before. He was reportedly kicked out of Bradford High School when he began stalking Kaylie and making threats towards her.

On the day of the attack, Fuller had a friend drop him off 10-blocks from Kaylie’s home at around 1 p.m. When he was picked up two-and-a-half hours later, he was upset and claimed a group of girls had killed Kaylie, according to the complaint. Later that day, Fuller reportedly told a cousin he killed Kaylie, changed clothes, then rode off on a bike he stashed nearby before being picked up. That cousin contacted police the next day and Fuller turned himself in. He has pleaded not guilty to all charges.

Fuller’s trial was initially set to begin in February 2020. Allegations of juror interference, however, delayed the trial. Recorded jailhouse calls allegedly reveal Fuller “mentioning certain jurors by name” to family members and friends, according to court documents. His trial date was then set for August 31, which was delayed again due to unrest in the city of Kenosha, Wisconsin, following the police shooting of Jacob Blake.