According to Trezell and Jacqueline West, the boys adoptive parents, the boys disappeared from their backyard on Dec. 21.

“They do not just roam around these patches … I think definitely would have been picked up or something,” Jacqueline West said on Dec. 23.

According to the National Center for Missing and Exploited Children “non-family abductions” make up for less than 1 percent of the nearly 30,000 missing children cases they assisted law enforcement with in 2020.

However, the rarity of that type of incident occurred in full force for Marc Klaas, whose 12-year-old daughter Polly was kidnapped, raped and murdered by a complete stranger in 1993.

Since his daughter’s tragedy, Klaas has followed many missing children cases over the years and came across Orson and Orrin’s case in previous weeks.

The California City Police Department has confirmed there is still no physical evidence of a crime. 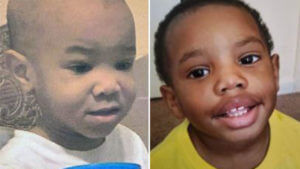 Klaas said he sympathizes with the Kern County community as it took 65 days for authorities to find a major break in his daughter’s case.

Currently, the missing toddler brothers are the youngest of 31 other missing children listed on the California Attorney General’s website.

Both the extended biological and adoptive families of the boys have been hoping for the best outcome in the case.

“We are devastated at the disappearance of the boys, pray and believe they will be found safe and returned home. There is someone out there who knows the truth and the official search must continue to find the boys and reveal what occurred. We are advocating that the search remains a priority for the agencies involved. We are also grateful to the thousands of people who have leaned in appropriately to help.”

This story was originally published Feb 15, 2021, by Bayan Wang of KERO in Bakersfield, California.